While in CO. Fall was at peak or past it in the higher elevations and beginning in the lower ones so, after the wedding we began our vacation. First up we headed to Kenosha Pass to see the fall colors.

Fast forward…we came home to a cold snap. It was pretty chilly and windy all week-end; it rained a bit in the valley and snowed in the mountains, but on Monday things really got chilly and it rained, hailed and snowed a little, and yesterday I woke up to 23 degrees (-5c) and the clouds had lifted a bit on the mountains so I could see the snow on them.

Lucky me, a flock of Canadian Geese flew by and I got the tail-end of them in this frame. They’re heading Northeast somewhere.

I’m trying a new theme for the blog to see if my images look better than in the previous theme. I think it’s better. What do you think?

A good friend  Gordon from (undiscoveredimagesmoung us)was visiting nearby and reached out to me to meet up and have a redo shoot at Spooner Lake where we tried to shoot sunset and hoped to shoot the Milky Way last year, but we were rained out. We did have a beautiful double rainbow there though.

We met last night and thankfully the wind died down and there were no clouds so we had a clear sky to view the Milky Way and the stars. 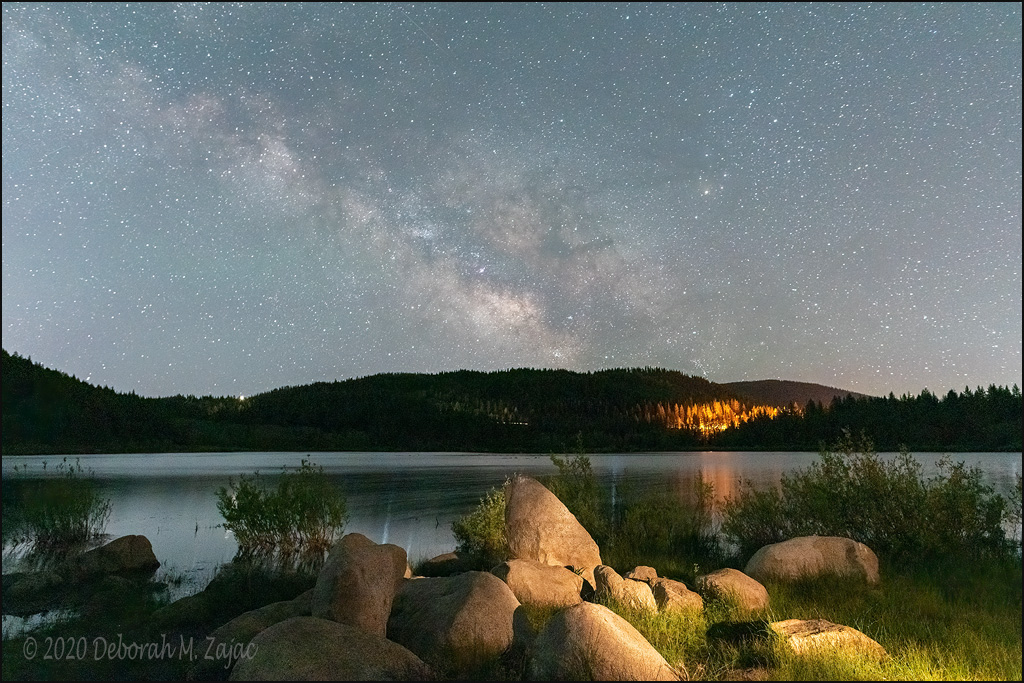 The light across the lake is a maintenance yard where the state keeps heavy equipment like snowplows and stuff.
My friend brought a neat little flashlight that emitted a wonderful soft warm light that he used to light paint the rocks on the lakeshore; it compliments the lights across the lake en mon avis. Doesn’t it look like a lovely and inviting village over there? It’s just a maintenance yard. Lighting can be magical amiright?

Even without wind, it got cold up here in the mountains. it’s above 7000 feet here-I couldn’t feel my toes! When I drove out to go home my car told me it was 37 degrees outside and to be mindful of ice on the road! I wouldn’t have missed it for the world. It was wonderful seeing old friends and stargazing. Ah, Summer Nights with friends. Does it get better than this?

…more to come
ALL RIGHTS RESERVED

I have been out photographing things but didn’t post last week so I thought I’d share some of what’s going on and what I’ve been photographing.

There’s a BIG event here at the end of January called Eagles and Ag. Ag short for Agriculture.  The Ag is grass, Cows, and sheep that eat that grass. During Calving season which is now, Eagles and Hawks make an appearance to feast on the afterbirth.

Anyway, there are talks and tours on private ranches and lands.  This was the third year I tried to get in on some tours and I finally made it to not one, but three tours! YIPEE!

One of the tours was called the Owl Prowl.  I saw Great Horned owls… too far and behind lots of branches to make good images of, and two Barn owls…I was too slow and far away so didn’t get a good shot of them while they flew by. Sigh, but I did get one Great Horned owl shot, sadly, I clipped one wing.  I was still thrilled to see it. Birds SCORE! Deborah not so much.

I saw two American Bald Eagles, but they were so far away for my lens. I got a good look through the guides spotting scope though- no photo sorry.

We toured the wetlands behind my house and I learned a lot. These wetlands are private property and the only time the public can get in there is on this tour or you’re a member of Incline Village Hunter’s club.  The wetlands are where Incline Village drains their effluent water which creates a wonderful habitat for shorebirds, and wildlife and they have treatment ponds out there to further clean the water where it eventually flows back into the Carson River, and some are reclaimed to water a golf course or two.

It wasn’t very birdy, but the reflections in the ponds were spectacular. That’s the Carson Range.

A few days after Eagles and Ag a couple of girlfriends and I went snowshoeing and on the way home, we saw a family unit of American Bald Eagles in a tree not far off the highway! We stopped! Almost out of range for my little Lumix FZ200, but still a nice look I think.  That’s Dad on the bottom, Mom and Jr up at the top.

Then I went to Baby Girl’s for our Littlest’s first birthday party and I did a Cake Smash Photoshoot.  Baby Girl and I collaborated on decorations and props. I think it came out alright.  I did a pre-cake smash session followed by a nap, and feeding then the cake smash.

He wasn’t quite sure what to do with the cake, but curiosity got the best of him and he dug right in as you can see!  I just LOVE his curls!!

We had another dusting of snow, so my girlfriends and I are heading to mountains a bit north of here to snowshoe in a new place today. I’m hoping to see some Chick-a-dees. They’ve been known to eat right out of your hand. I hope that happens!

That’s about it. I hope your week is off to a great start and continues to be a good one!

We had 7 inches of snow last Thursday all over Carson Valley!  On Friday a friend and I got up and out really early to catch the sunrise and do some birding.  Before we even made it out of our gate we had to stop at the pond to catch the wonderful color and scene at the pond.

The storm blew through really fast, but oh what it left behind is so pretty!

This image is one I made last week. It was a gorgeous morning so, my next-door neighbor and I headed out to look for Fall colors earlier than planned. The morning did not disappoint.

This is my favorite image from the morning. I had it printed. It’s now hanging in my living room.  Do you print any of your images? If not, why not? 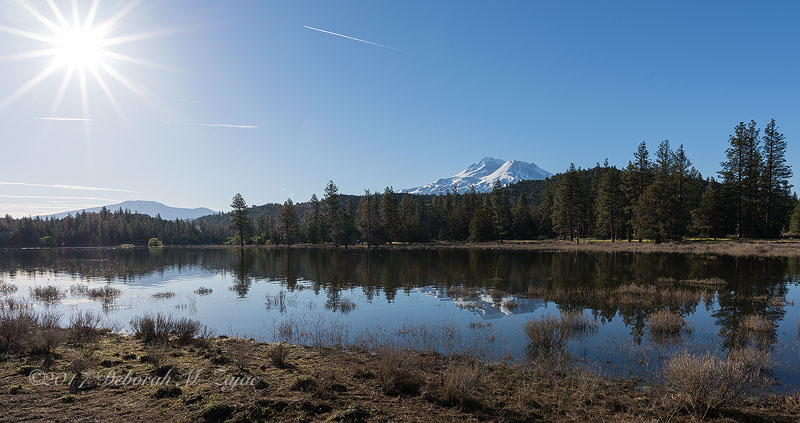