I hope everyone had a lovely week-end. We shared our holiday with Baby Girl and her family and had loads of fun.

We dyed Eggs for the Easter bunny to hide and the colors came out so pretty. We used Baby Girl’s fresh from the coop eggs which are mostly brown eggs. We had to leave the eggs in the dye longer but it was so worth it. Look at these colors! I love the red and green ones the best.

Instead of chocolates we took the kids cookies to paint. We found the kits at Costco and it was fun. Even the teenage Grand-daughters enjoyed painting their cookies. There was enough for me to do one so I painted along with a couple of the kids. They ate their cookies as soon as they finished painting them so I didn’t get a photo, unfortunately.

Later in the afternoon the youngest Grand-daughter taught me how to drive the little red Quad and after two loops I was zipping around the property having a blast. I can’t wait to ride it again. I plan to go down the harder roads on their property then!

Let’s go back to my camping trip and look up at the stars from Mono Lake.

” Be glad of life because it gives you the chance to love, to work, to play, and to look up at the stars.”~ Henry Van Dyke

There was quite a bit of airline traffic that night as you see. I took out a couple of airline tracks that were red and distracting I thought.

I hope everyone had a great week-end, and you’re glad of life this week and always!

On the way to Baby Girl’s last week we stopped to pick up some lunch from a burger joint and took it across the road to eat in the park for an impromptu picnic. (Sorry, no burger pic this time) I forgot to take a picture!

It’s at the park that I saw this little Free Library and loved the pink doors. Sadly, there were no children’s books in it. I’m going to get some to add to it since it’s likely we’ll be stopping for burgers and fries and eat in this park again.

Dan Antion’s blog No Facilities hosts Thursday Doors. Click here to get to his blog to see many other doors from all over the world that other door lovers have shared this week.

I didn’t get out too much this past week-end unfortunately,  my original plan to shoot the night sky Saturday fell apart. So I had a Plan B, but that fell apart too. (sigh) Plan A got cancelled due to all the smoke in the air from the Detwiler Fire burning near and around Mariposa, and Yosemite NP.  As I write this 76,000 acres have burned.  Evacuation orders have been lifted in some areas, but Firefighters are saying it may take up to two more weeks for the fire to be fully extinguished.  It’s so sad!

Plan B was scuttled when a friend had to change plans, and I didn’t want to be alone so I stayed home and painted a bit.

Before all that happened my Archive Drive crashed Thursday and Saturday afternoon we were still recovering images and documents from our back-up drive, and cloud service. I can’t tell you how scary that is to think thousands of images made over the course of many years may be lost!  I’ve got them all back, but my external drive is full no doubt due to the huge 36mp files of the D810 so, we bought a new external drive which should be here this week. Then I’ll have my stuff backed up two places, have room to grow, and feel much, much better!

Saturday evening I pulled out an old book I have by Ferdinand Petrie, called Drawing Landscapes in Pencil and stayed up late to practice some drawing then I added some watercolor to it.  Wanna see? If you follow me on Instagram you’ve already seen this. 🙂

I had some new watercolor paper to try too. It’s by Legion papers called Stonehenge Aqua. I like it. There’s not much blooming or bleeding, and the colors look wonderful on it to me.  It’s got some tooth, but not as much as Arches cold press paper. I prefer the smoother hot press papers, so this paper just might be the perfect balance for me.

Sunday He-Man and I rose early to get on the trail early; we were extending our route and wanted to beat the heat. It was going to be in 90’s again Sunday. We were on the trail just before 7am.  There were quite a few cars already parked near the trail-head when we arrived.  A lot of others had the same idea to beat the heat and get an early start.  We parked at the bottom of the mountain, and planned to  hike up into Fremont Older an Open Space Preserve.

There are a few options to get up there; the most popular routes are:  take the road all the way up to stage 3 of the Parker Ranch Trail system and hike the rest the way up via the trail, or do what we did and walk along the road to Stage 1 of the trail, then you come out on the road again for a bit then catch Stage 2 which is the toughest bit with some switchbacks at an 8% grade.  I was huffin’ and puffin’ going up those. At the top of those you meet Stage 3 of the trail.  There are two sets of switchbacks on this part of the trail, but they aren’t nearly as steep as Stage 2’s.

When we crossed into Fremont Older Open Space Preserve we hiked up to the top of the Toyon Trail then turned around to head back. We altered our route on the way back by bypassing the Stage 2 part and chose a different section of the trail that meanders through an Oak grove, and you climb another steep hill to meet the road. We walked down the road to Stage 1 of the trail and  caught the road back to the car. Phew! Hope that makes sense! Here’s a screen shot of my route from my Garmin Edge 500.

He-Man’s not as fast as he was going downhill since his Patella Tendon ruptured nearly 3 yrs ago so, if my time looks slow…it is. When I’m heading down at my normal pace I get way ahead of him so, I turn around a go back until I see him. I get some extra steps that way too. 🙂

There was a lot of fog and, we’re getting some smoke from the fire up here. Here’s one image from the trail. I took this with my iPhone. I went gear light today. 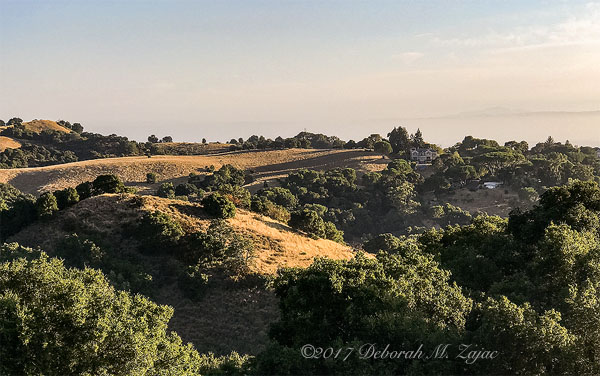 The faint peak in the fog and smoke on the right might be Mt. Diablo at  (3,889 feet (1,185 m)) high.  The highest hilltop on the left is Hunter’s Point in Fremont Older Open Space Preserve.

We spent the afternoon looking at Loveseats, and bought two. Our current two are really beat up and have needed replacing for over a year, but with a 4 yr old at home we put it off for as long as we could stand it.  Now we’re excited for the new ones to arrive!

That was my week-end. I hope you all had a lovely week-end and got to have a bit of fun, and relax so you’re ready for the week ahead.  I hope it’s a great week for us all!

I hope everyone had a great holiday season, and the year is starting off well for you.

My year ended with laryngitis, and a cold. My voice is still a bit cracky, and now He-Man has the cold so, we’re off to a slower start, but I can’t complain too much it’s just a cold!

It’s also been raining here for nearly a week which has kept me indoors; except for a couple of short walks in between rain showers.  That has given me time to take down Christmas decorations, and play a little bit with my newest camera gear. For Christmas He-Man gave me The Core Set of lenses by Olloclip.  Olloclip makes lenses for cell phones. 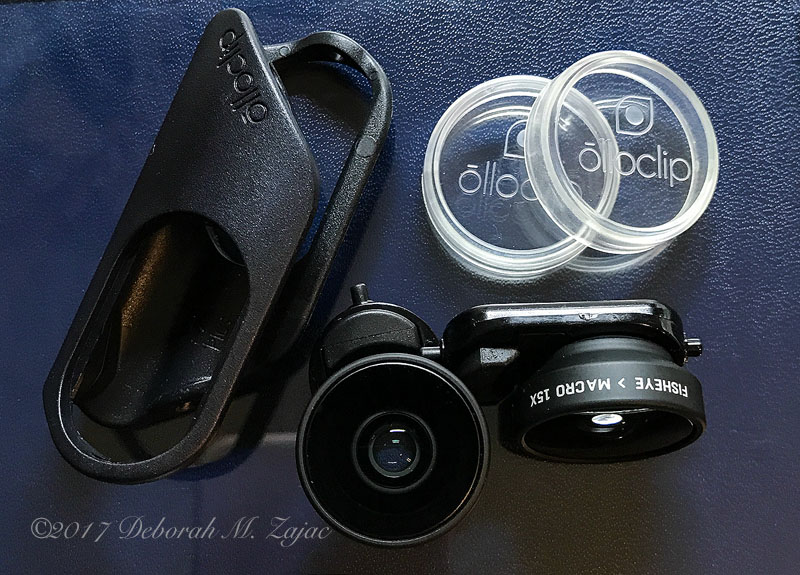 The Core Set comes with 3 lenses a Super Wide, Fisheye, and Macro 15x.

Of the three the one I’ve been experimenting with is the macro 15x lens.  You unscrew the fisheye lens and underneath it is the macro lens.  Addendum: I should add that I use a 3rd party camera app called ProCamera. It’s my favorite camera app.

Here are some images I’ve made with the macro lens,

You need to get right on top of the subject then focus with this macro lens. The depth of field is teeny tiny.  Holding steady is tricky so,I need to get a tripod set up for it, and I’d like to get the Olloclip 7x macro lens for some working room and get more in focus.  GAS rearing its ugly head again.

I’m looking forward to getting to use this kit more as I go about my day in the house and out…that’s assuming I remember to grab my phone on the way out the door!

This is a set of doors from my trip to Sedona/Grand Canyon in early November. Whilst waiting for my friends to check-in to our hotel for the night in Grand Canyon I spied these Saloon doors and drew my cell phone the only camera on me at that moment to shoot the doors. “)

Granted these aren’t the doors I immediately think of when the words Saloon, and American Southwest come to mind, but…aren’t they pretty! 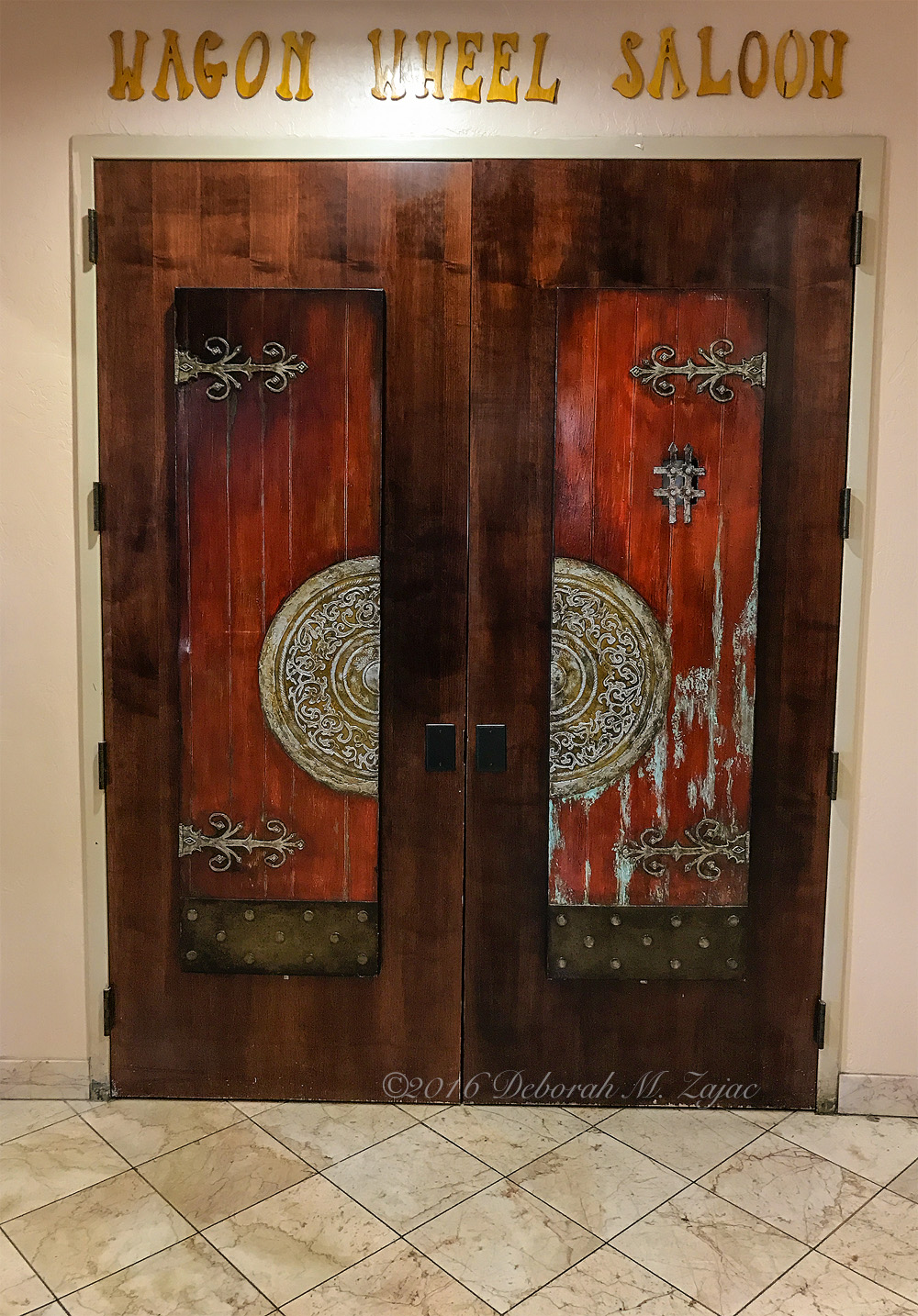