My friend Alex and I arrived at the Dickens Fair just at opening and went straight to Fezziwig’s & Company to get our gear out and ready to take photographs of the extraordinary people and costumes we were about to see. Little did we know that about to begin was a wonderful Waltz! 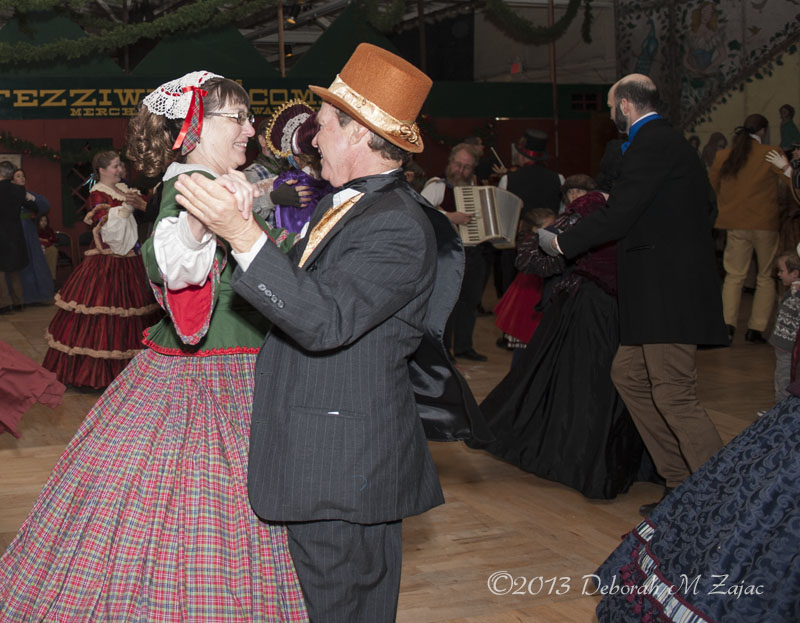 Alex and I both opted out and took photos of the wonderful characters, and costumes instead. The musicians were fantastic. Not a note or beat missed. I wish I could play the piano as well.

Isn’t that mustache and Top Hat something, and look at those curls in her hair! Imagine how long that took. More than I spend on my hair I’m sure. 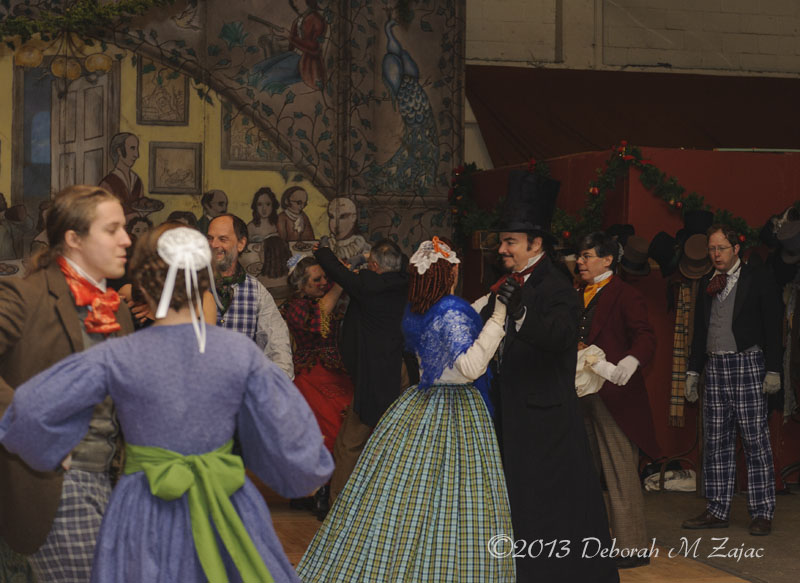 A gentleman, and gracious teacher. 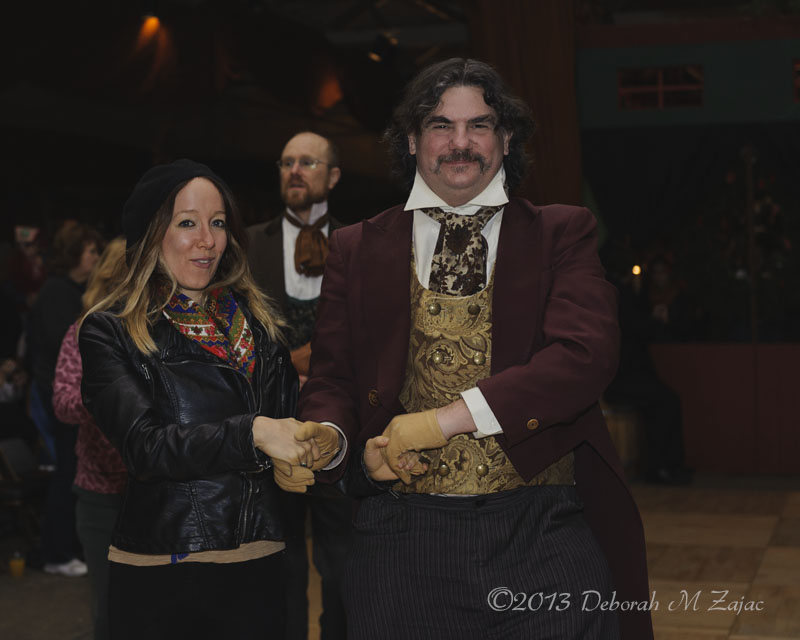 I was fascinated with the women’s hats, dresses, and hair styles that I saw at the Dickens Fair. There were several different styles of dresses, and bonnets, and the hair styles were either pinned up at the back in a chignon with a loose ringlet or two framing the face, or curled in ringlets and pinned up with the ringlets hanging freely at the back of the head from the crown to the nape of the neck.

Hats, hairstyles, and dresses in the early Victorian era changed at a much slower pace than we’re used today. Unlike today’s seasonal fashion changes, hats and hairstyles only changed about every decade during the Victorian Era. 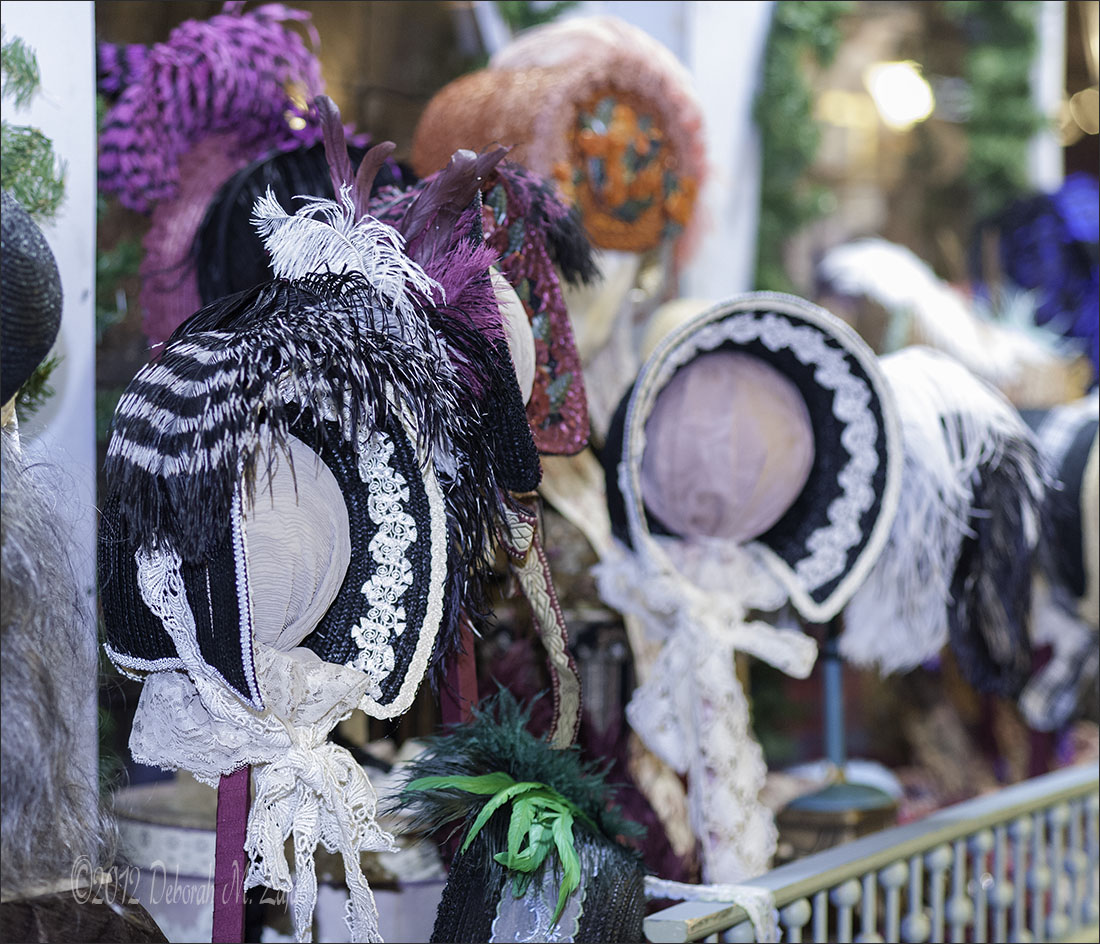 In the late 1830’s the “Great hat” gave way to smaller brimmed bonnets, 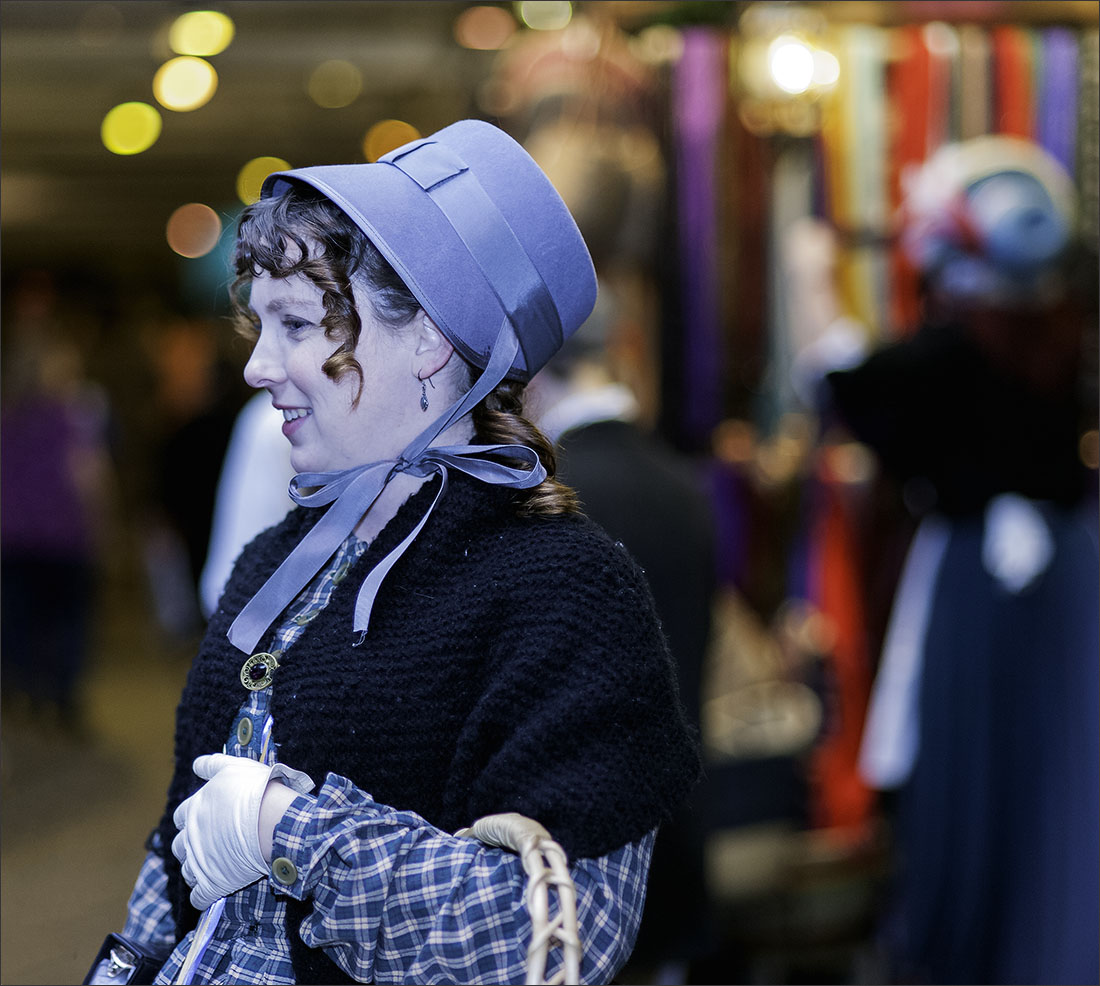 and over time more ornate trim like ribbons, feathers, and flowers were added… 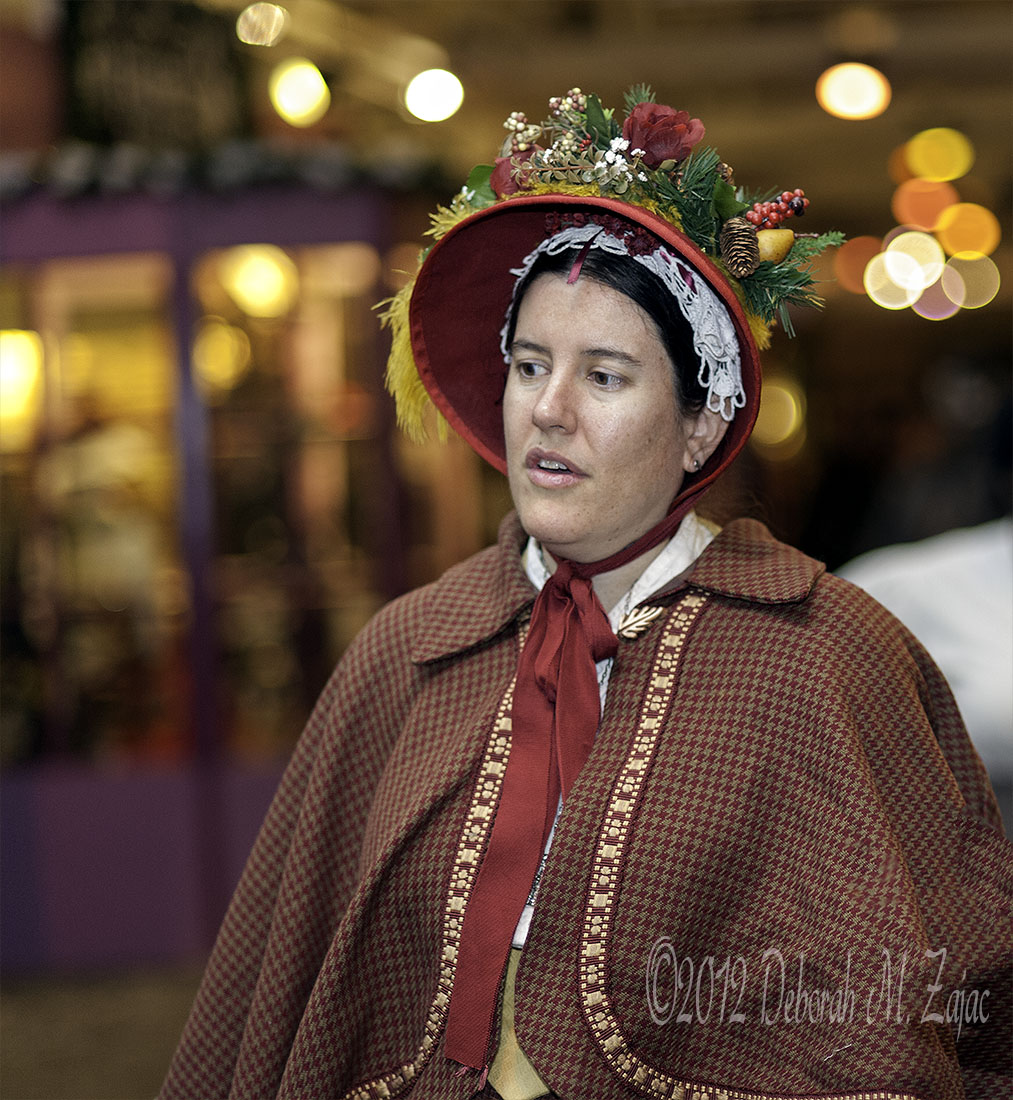 Ornately trimmed bonnets stayed in vogue for 50 years, but by 1890 were not worn much.

Women’s dresses changed at about the same pace. Skirts got much bigger requiring more petticoats, and hoops, the sleeves got slimmer, and women wore corsets with boning to keep the bodice from folding horizontally, and to emphasize a small waist. 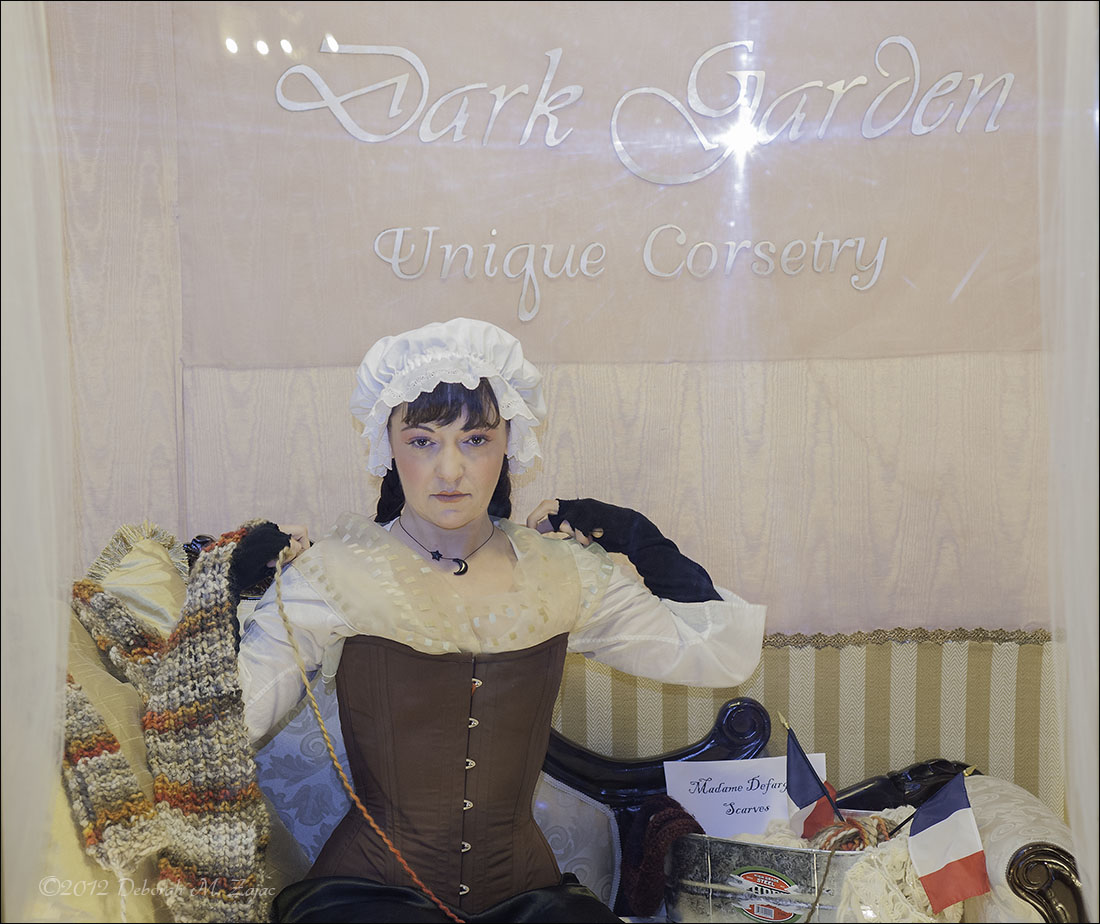 In the 1840’s the shawl made a comeback;  it was larger and could be used as shoulder wrap. 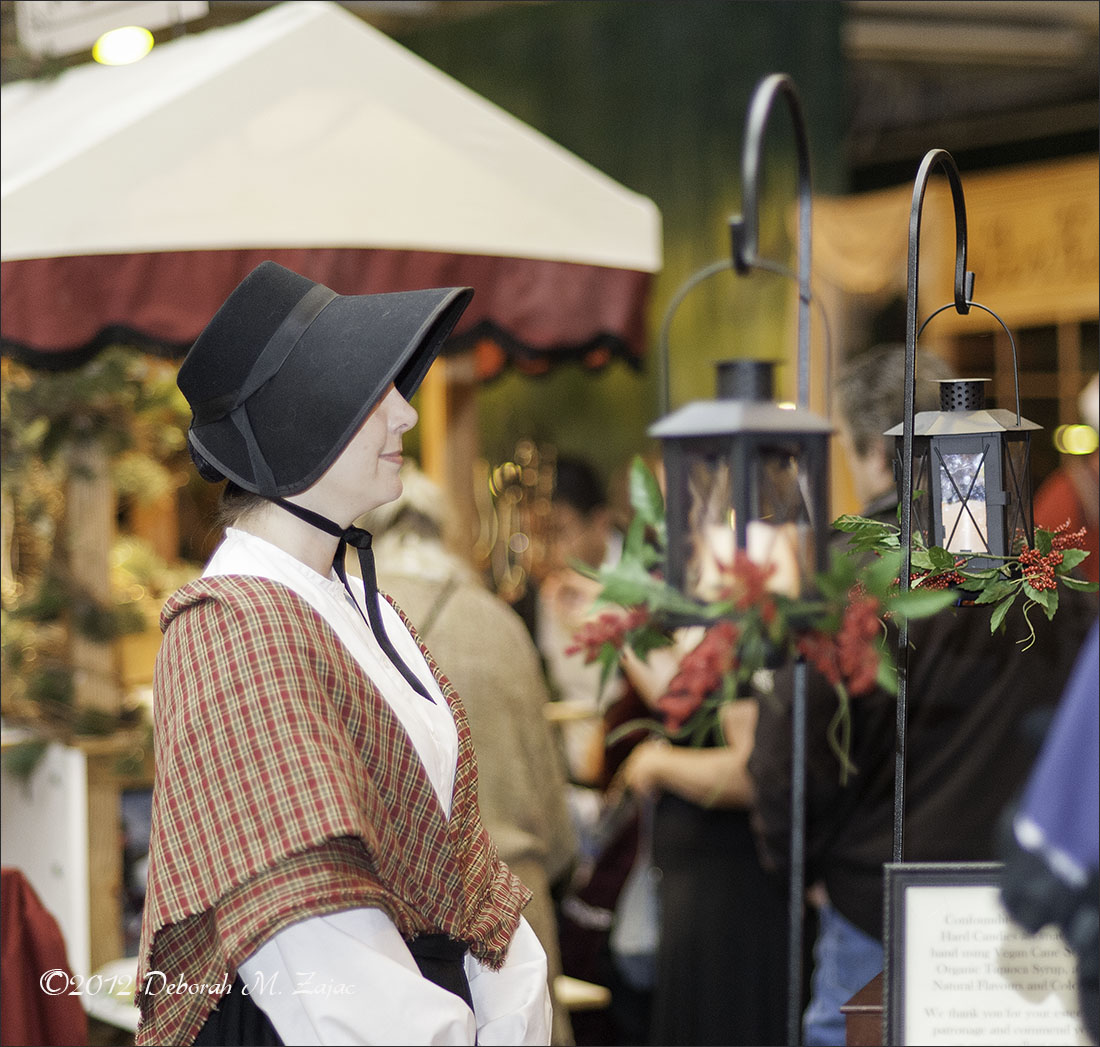 In 1856 The Crinoline Cage Frame was patented by W.S. Thompson.  At least 6 petticoats were needed to hold the wide skirts out.  Petticoats were made of cotton, flannel or wool, and could weigh up to 14 pounds! Can you imagine wearing that much fabric in the summer? 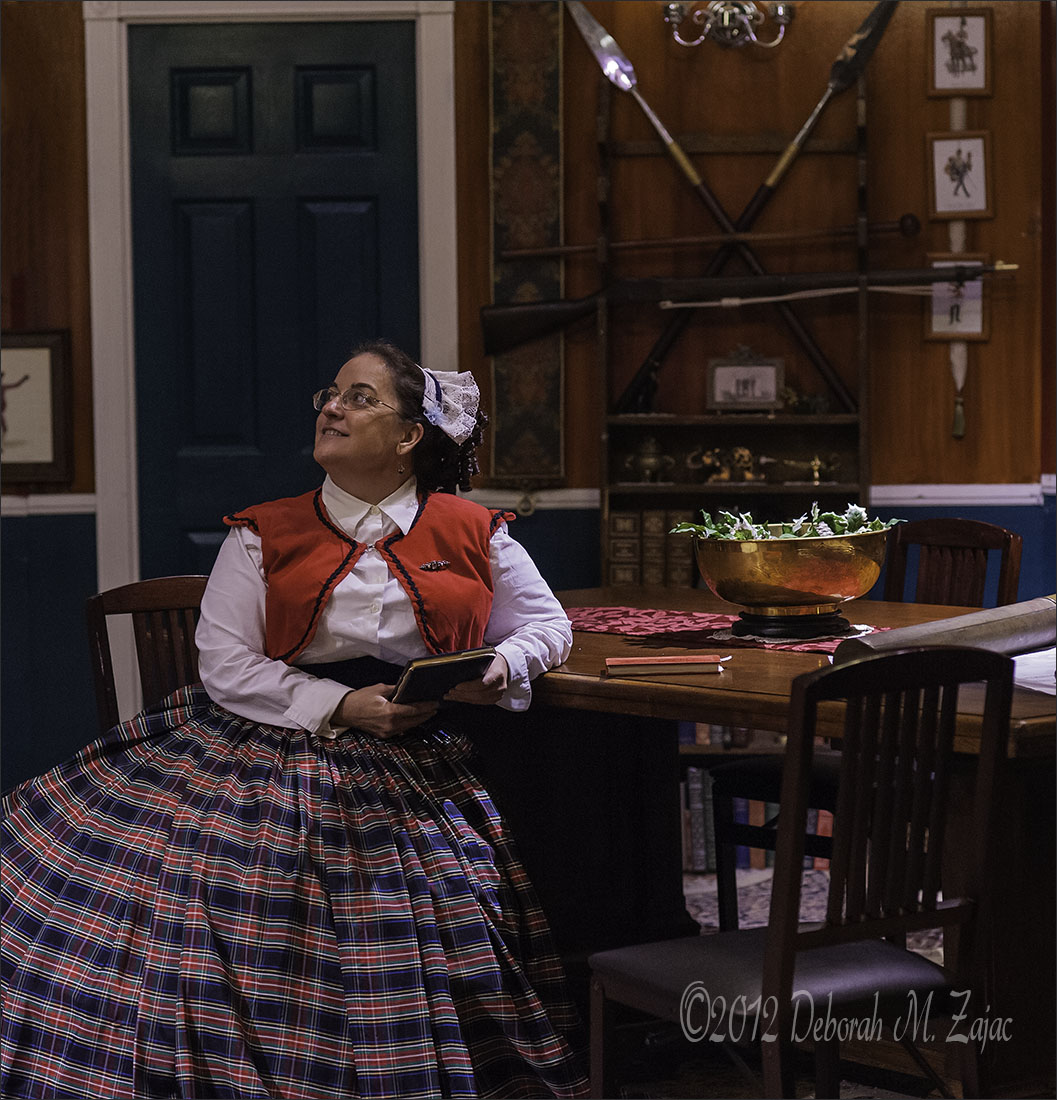 Another big advancement in 1856 was the discovery by William Perkin of Coal Tar Aniline Dyes.

While experimenting with coal tar extracts he discovered Mauveine. It’s a bright purple dye. Once in the lab and synthesized it radically changed the textile industry. New colors of dyes like magenta and brilliant blue were soon on the market.

The majority of fashions I saw while at the Dickens Fair were from the decades of 1830-1850 I believe.

Here’s a few more Bonnets and head coverings I saw…

I think these two were in a more ordinary mode of dress…dressed for work perhaps, or for running errands, and they have a foreign look about them. 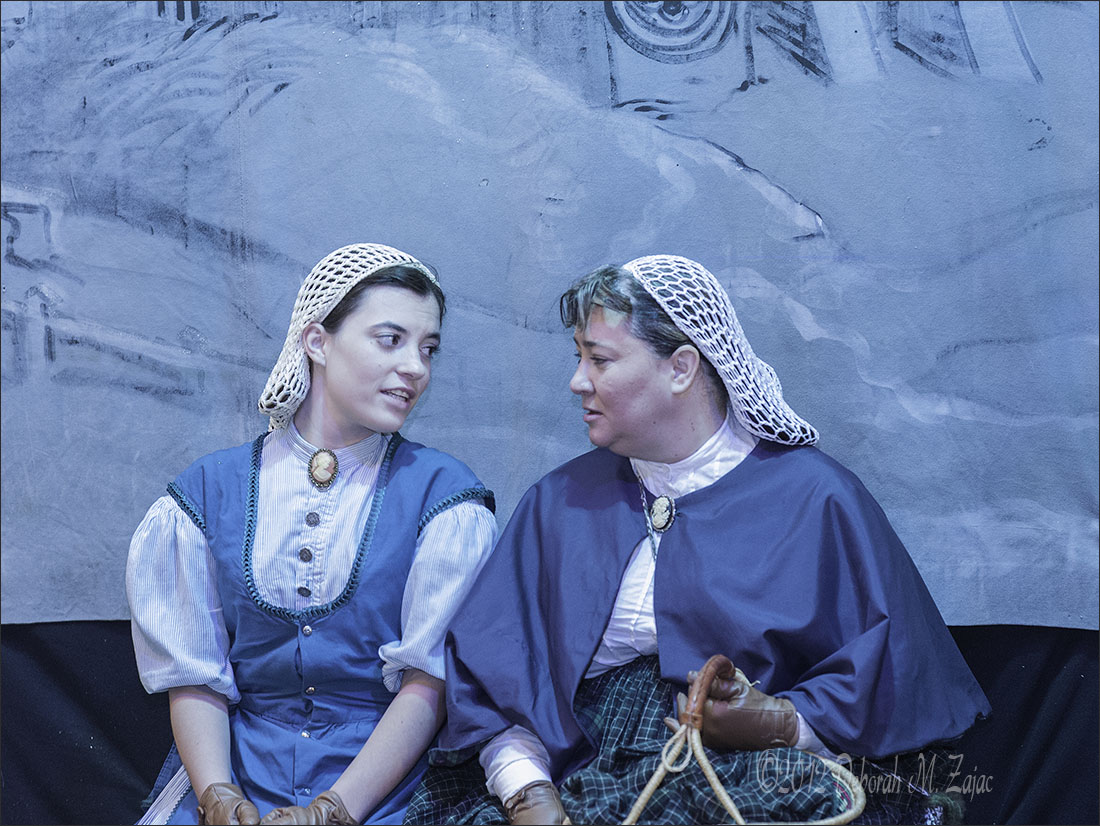 In work attire, and cap, 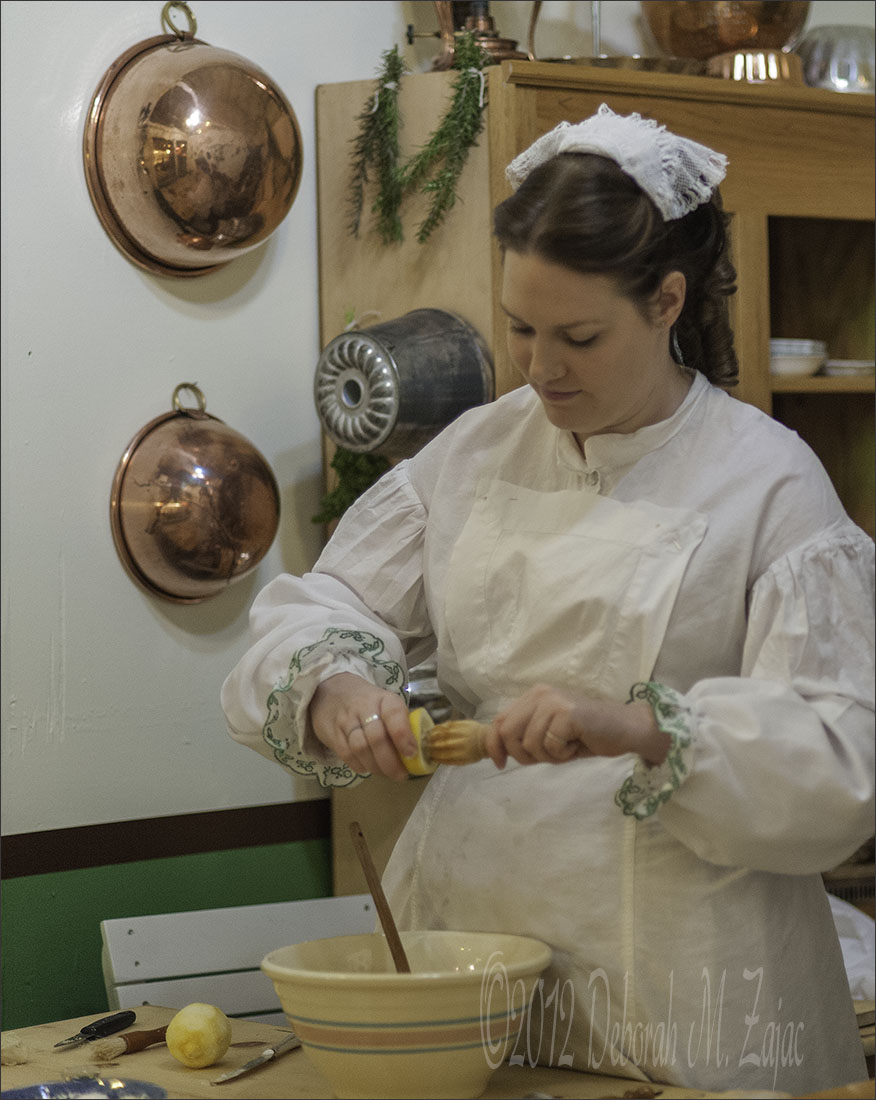 … a widow, or Dowager perhaps, 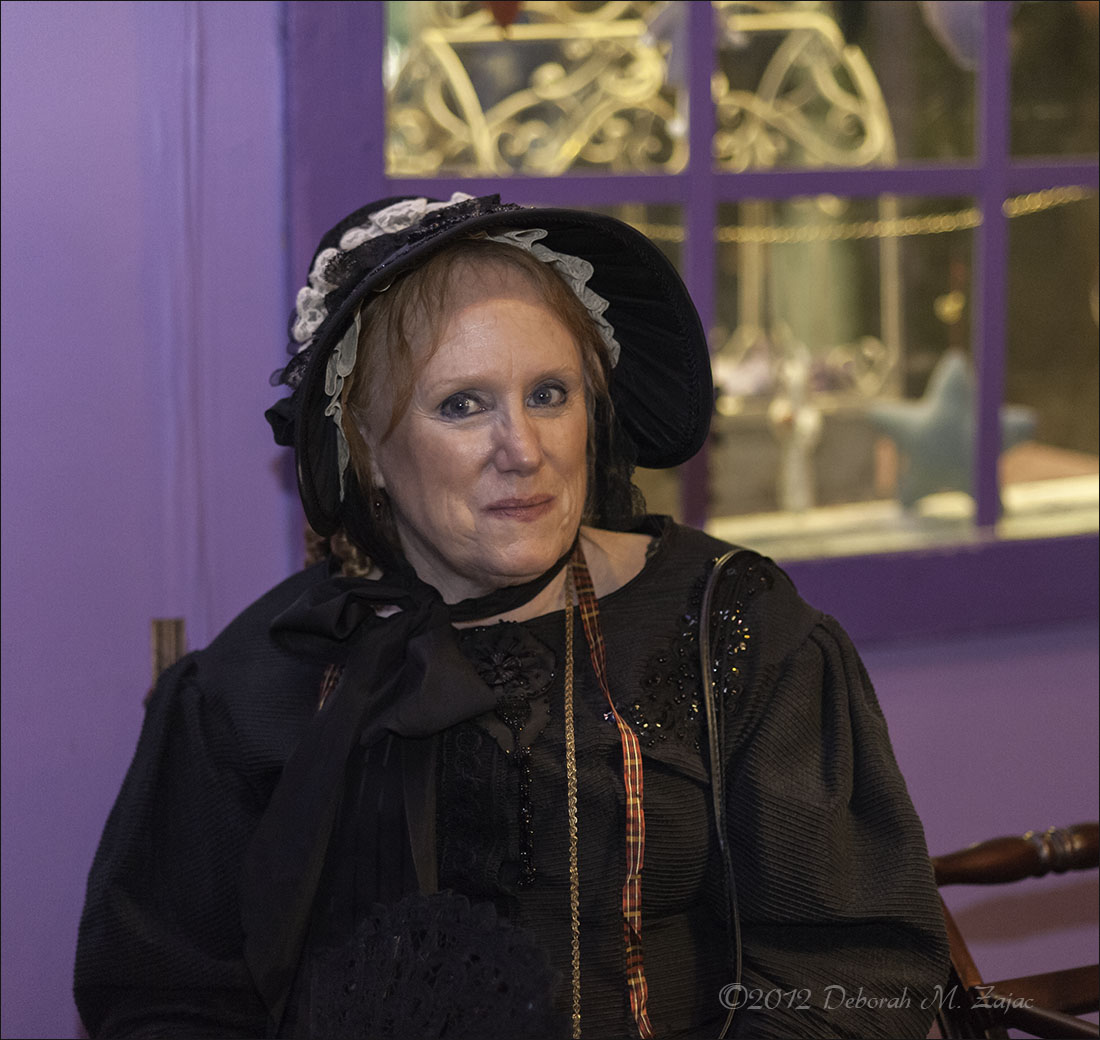 … I should have asked her what she does for a living in Dickens London. 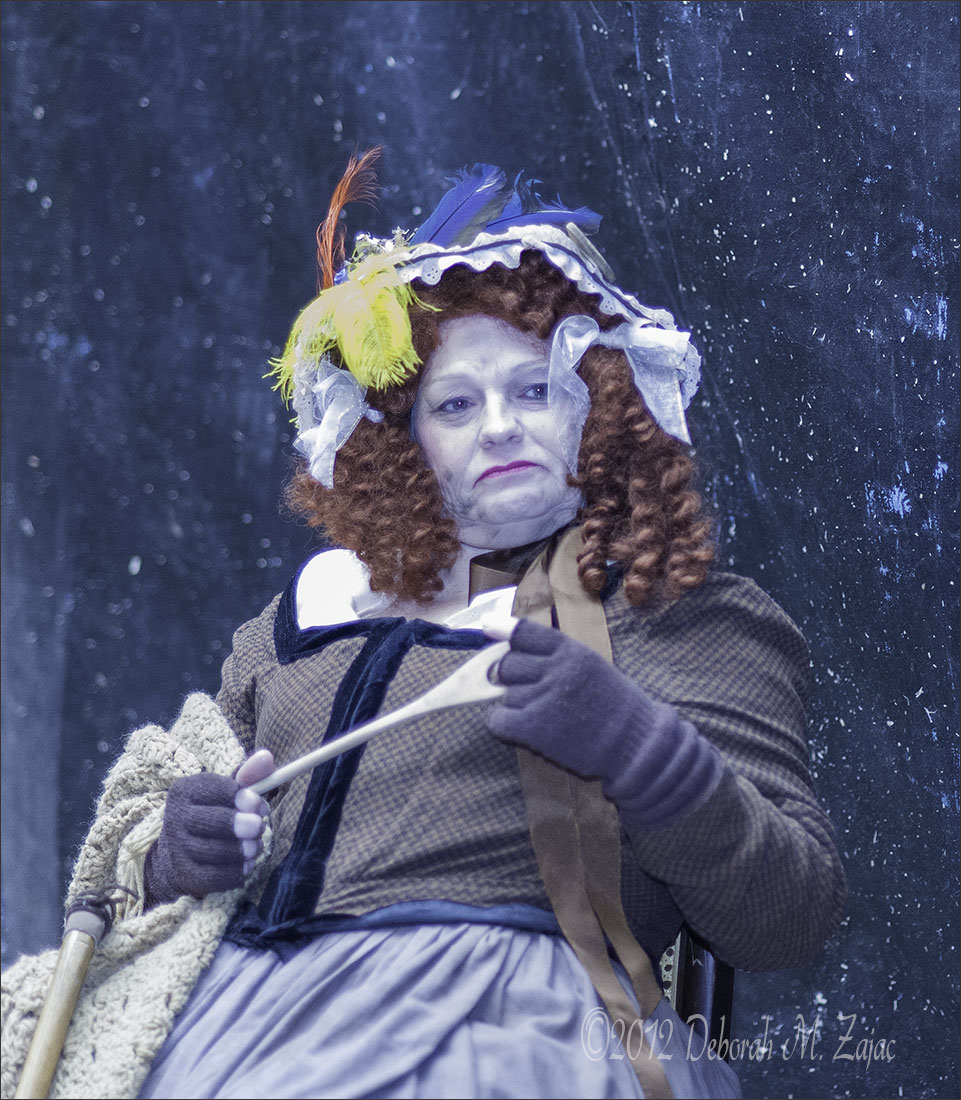 I had the pleasure of spending the day with several friends at the Dickens Fair in Daly City, CA yesterday. We arrived when it opened and stayed until closing time.

The Chimney Sweep above is one of the first characters we saw after we checked in our coats, and umbrellas.  He and his colleague  were very funny, friendly, and lovely.

The two gents below were in a Portrait studio having their photo taken when I spied them through the window. They didn’t smile for the camera back then. 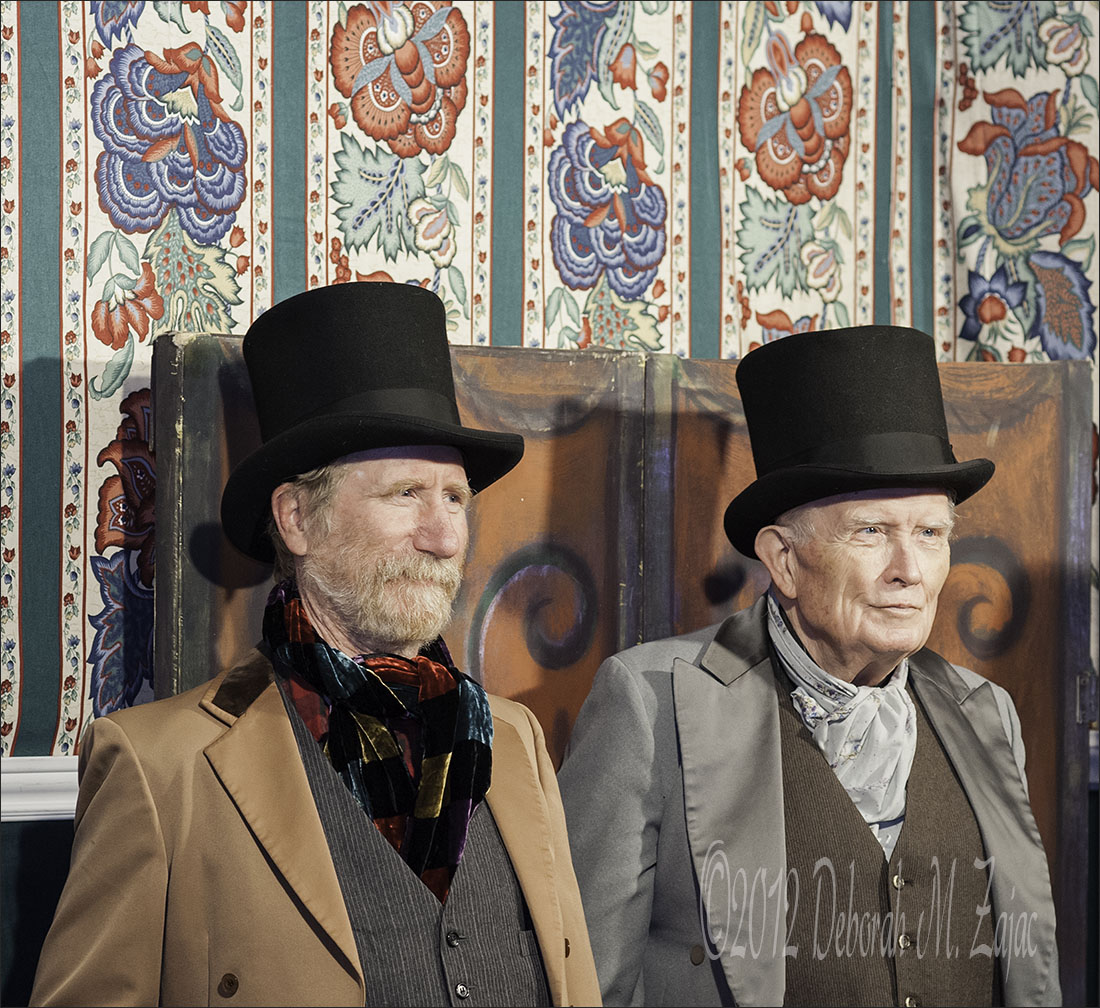 There were plenty of shops carrying Art, crafts, and wares throughout the streets of Dickens London…Whispers from the Past, 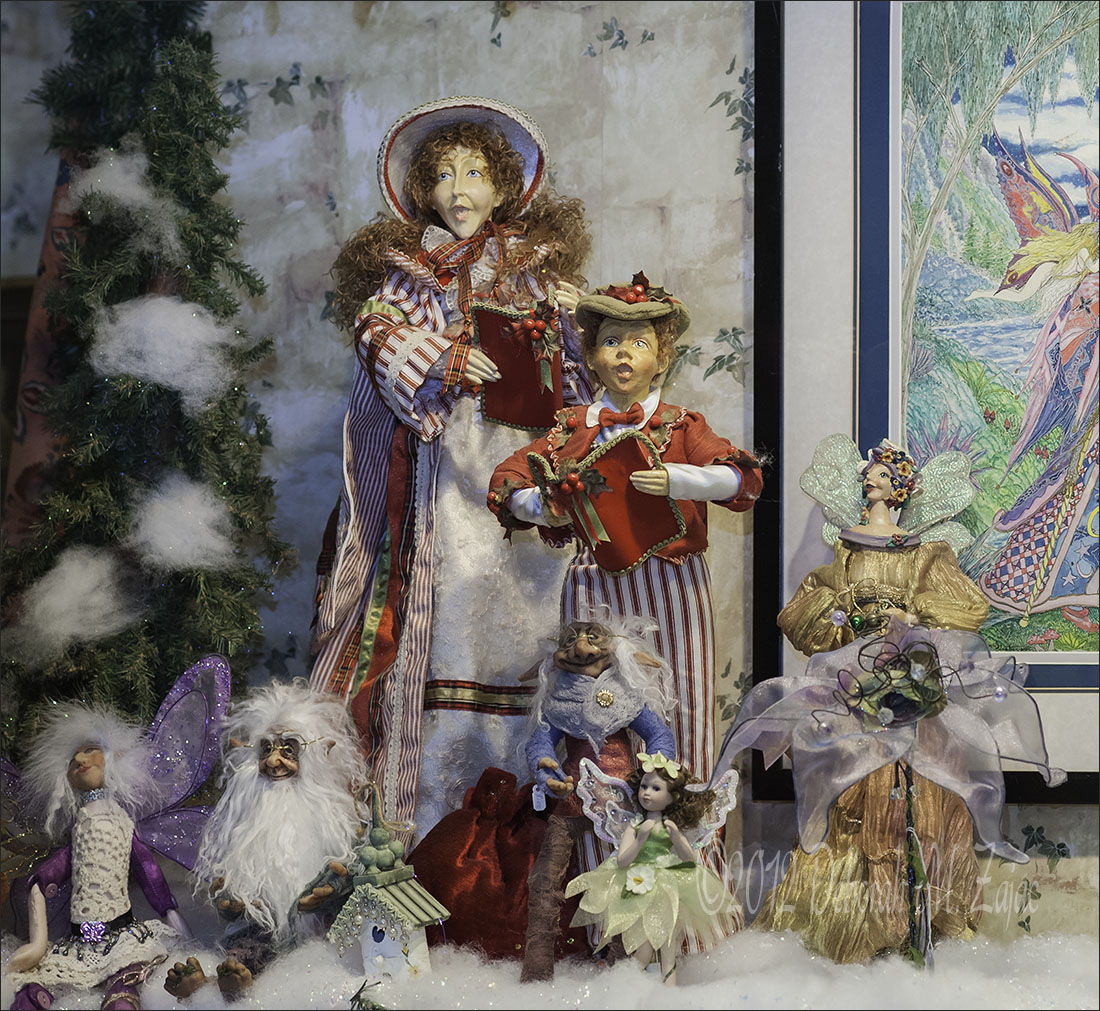 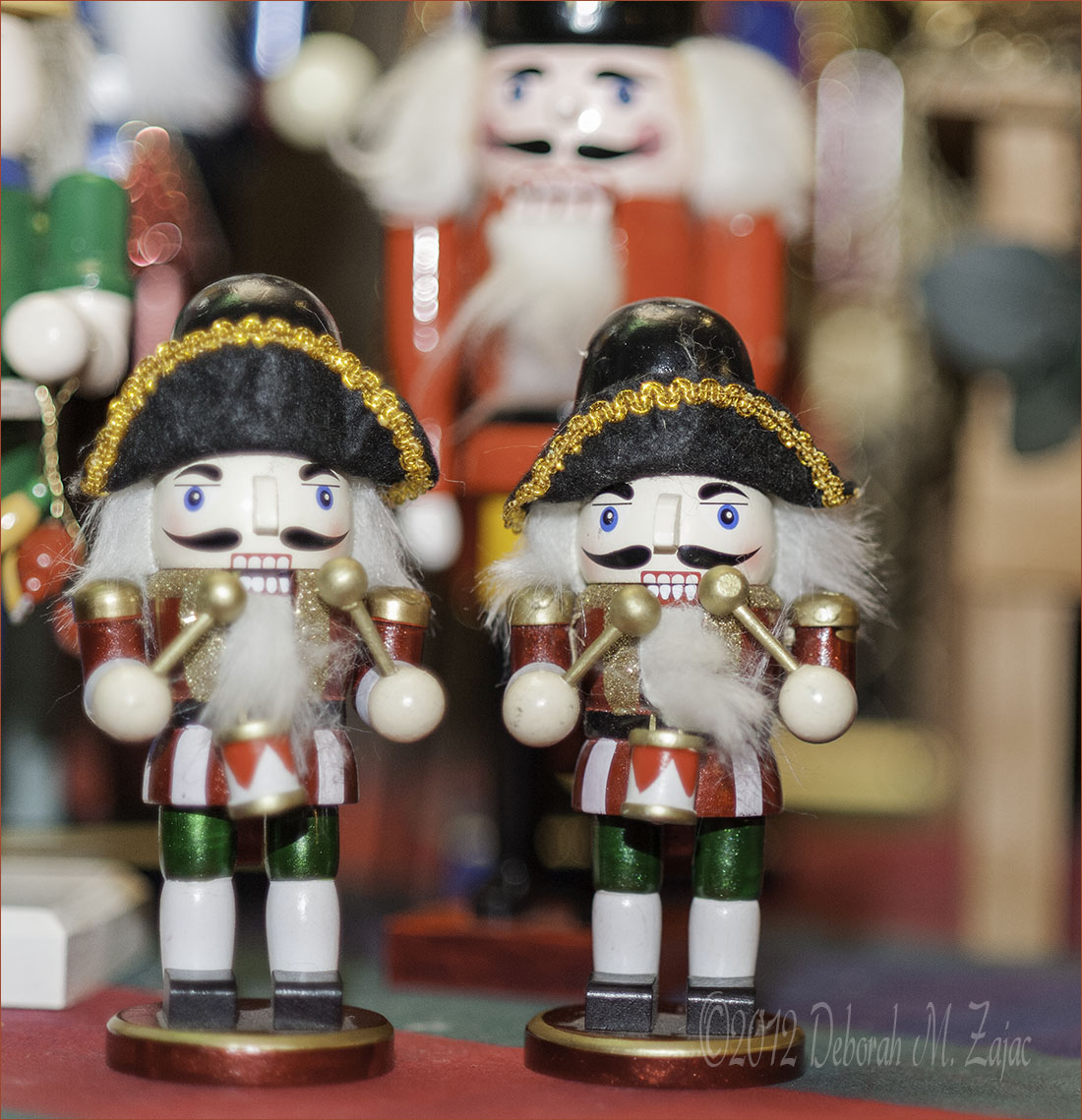 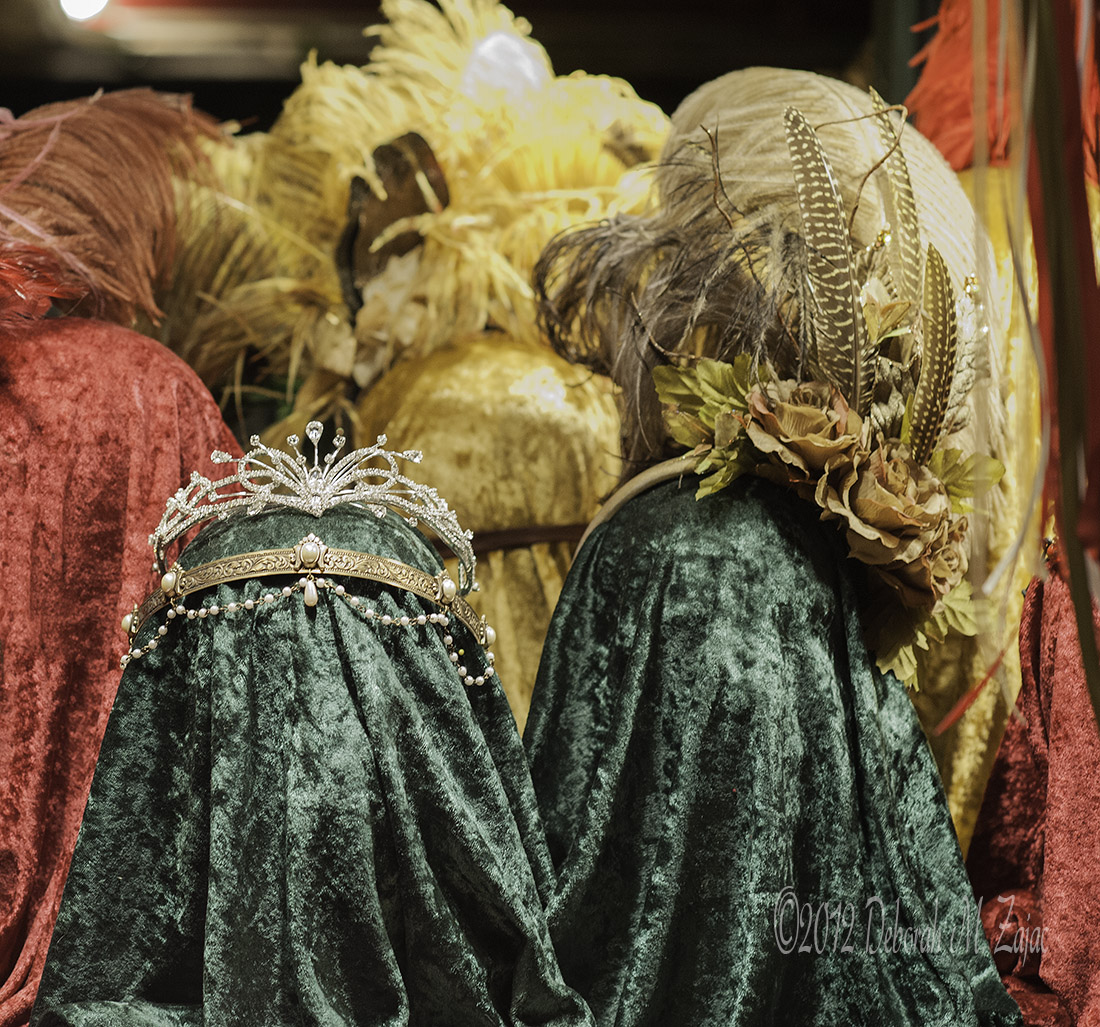 Undergarments… These are Live Mannequins. Each lady posed for 30 minutes then was replaced by a new live mannequin. 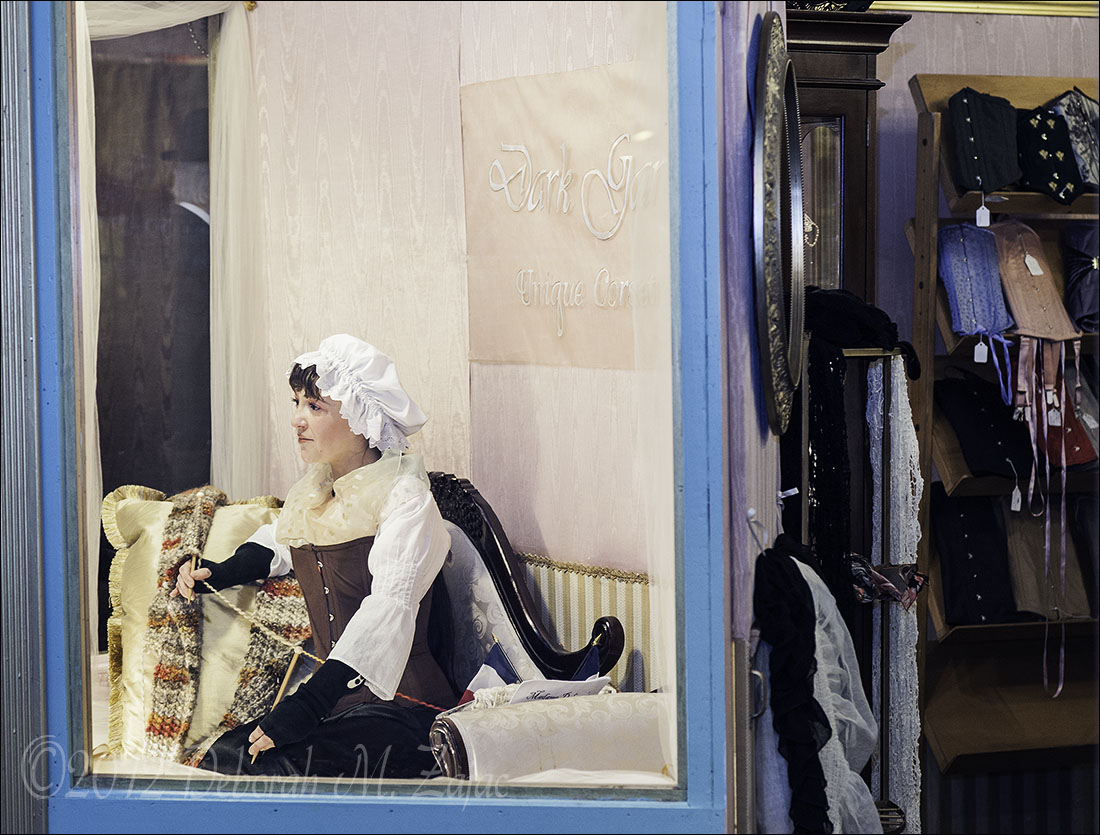 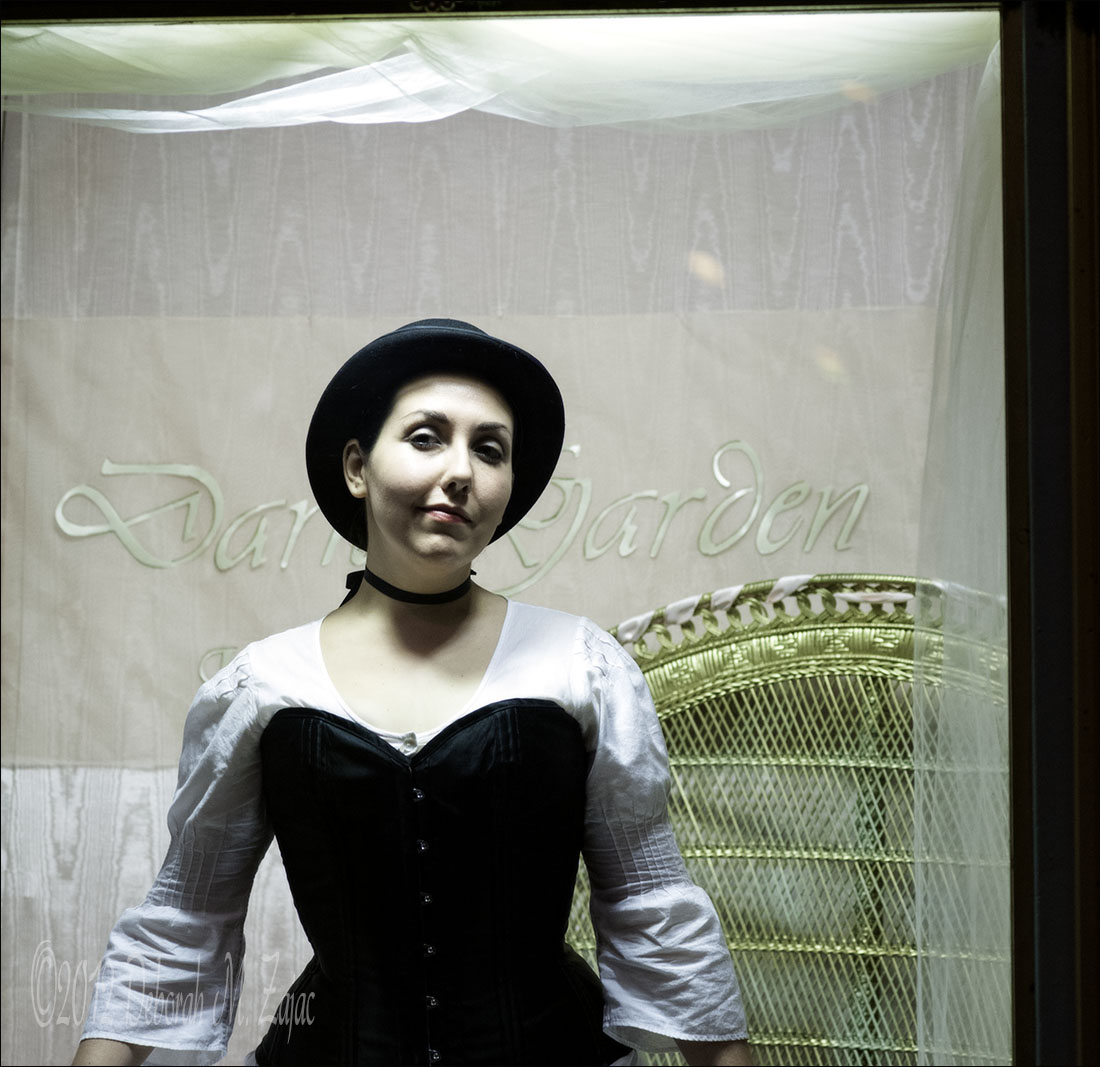 It was a lovely way to spend a rainy, and windy Saturday. The shows were all beautifully performed and were hilarious. I have a lot more photos to go through, and more keepers than I thought I’d have. The venue was very poorly lit  from a photographers point of view, and made it quite challenging getting a sharp, well-lit photo.

If you haven’t been to the Dickens Fair I recommend it.  I have to thank my friend May for getting a group of us together to go. Thanks May! ( I hope you can see May’s  Dickens Fair photos, they’re really good. Click the link! )