Have you heard about the huge sunspots that are facing Earth now? It’s been some years since there’s been some HUGE ones…big enough to fit Jupiter in them HUGE! I got excited and thought I’d dig out my solar filter and photograph the Sun since I haven’t in a long time.

I made this image September 9th in the morning just a little after the sun crested the mountains.

The biggest sunspot is AR2866, and the other big one one above it is AR2868. There are couple of little ones there too.

The big sunspots can produce big flares or CME’s – Coronal Mass Ejections so the space folks will be watching for those. CME’s can weaken the magnetosphere and they can produce blackouts. Hopefully that doesn’t happen.

It’s been some time since we could see so many sunspots on the Sun and that was at the tail end of Cycle 24 back in 2017. I find it so fascinating and thought I’d share my image with you in case you do too.

Have a lovely week-end everyone!

I was pretty excited to see the Great Conjunction as I’m sure most of you were too, so I hoped for clear skies to be able to photograph it. On the 16th of December the crescent moon, Jupiter, and Saturn were fairly close to each other and it was a clear sky so I photographed it from my patio. It was cloudy all day but cleared pretty well but the wispy contrails and remaining clouds made the sky a bit more interesting. Can you spy the ski runs at Heavenly Ski Resort? X marks the spot.

It was clear on Monday the 21st so I went out with my long lens to get a closer look at the conjunction. I had to crop it in for it to be a good look even at 400mm, but I was able to see 3 of Jupiter’s Moons too. The 3 tiny dots are the Moons.

Saturn’s rings are not defined which is disappointing, but I saw the Great Conjunction! Did you look for it?

I wish all those celebrating Christmas a very Merry Christmas, and those who aren’t I wish you a very Joyous Week!

The Great Eclipse of August 2017 was 75% eclipsed where I live in the San Francisco Bay Area.

I wasn’t able to travel to see Totality so photographed the Eclipse from my backyard.

I made an image every 10 minutes from just before it began until the very end. The images are unguided. In between images I moved my lens away from the sun so the sun wouldn’t be shining down my lens and possibly damage my sensor even though I had a genuine Solar Filter mounted to the lens.

This composite showing some of the most pronounced phases of the phenomenon is comprised of 7 frames. The left side is first contact, the middle peak eclipsed, and the last image on the right last contact or pretty close to it.

I’ve got my mind set on seeing the Solar Eclipse in 2024 in Totality, and will be making plans to view that early as that probably will be the last chance I get to see it live. 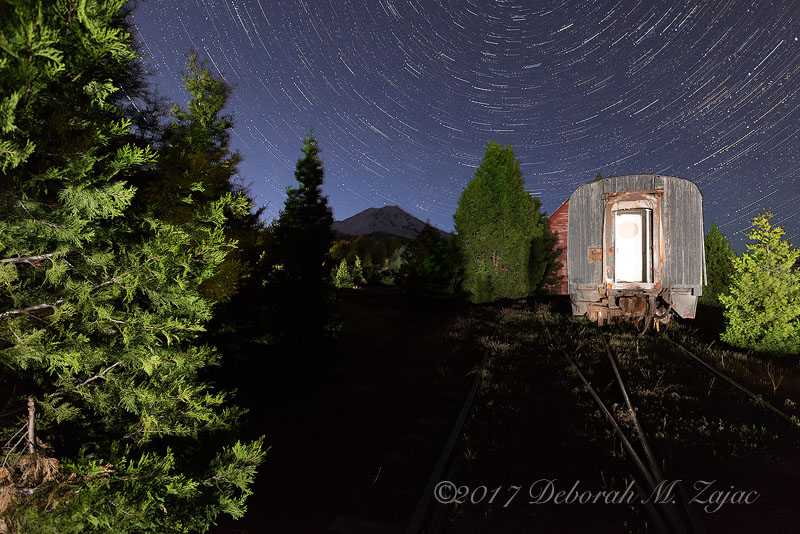 It was so good to get out under the stars last (Saturday) night. Especially after being sick and cooped up for weeks.

My health, weather, and schedule all were in perfect alignment to meet a friend up in the mountains to view, and spend a few hours making images of the night sky.  Even though I went up into the nearby mountains I was unable to escape all Light Pollution. The orange, and bright white on the right of the image edge are city lights to the south.  I’d have to go much further inland to escape it entirely.

To my delight when I uploaded and looked through the images I discovered I captured a shooting star in this frame! Do you see it? It’s small up above the Milky Way in the centerish toward the left.

This outing was just what I needed!

Update: My friend (Andy) finished an image of the Whirlpool Galaxy which he imaged last night while I was shooting stars, and the Milky Way. He posted it on his photo-sharing site. I hope you’re able to see it here.  He’s set up with a nice telescope, and GOTO system which gets him closer looks deeper into the Universe. 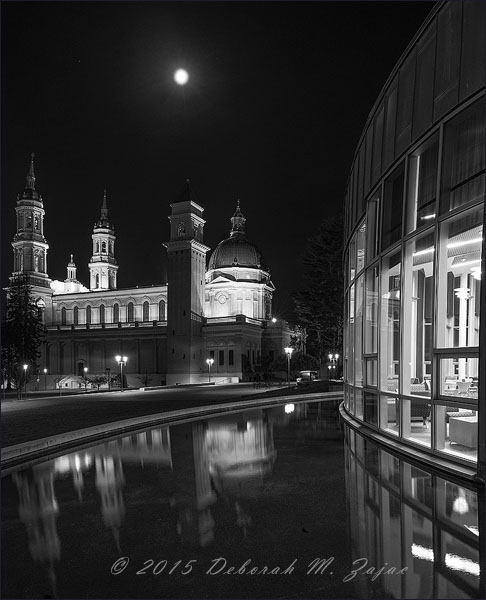 For this week’s Monochrome Madness 2:5 I thought I’d share one of the stills from the Total Lunar Eclipse on April 4, 2015.  This was taken shortly after the Partial Phase got started. The Moon is a bit blown out here, but my plan of operation was to stick to one lens, and the same camera settings all through the Eclipse then stack the images in post development. The Moon in the beginning would be blown out I knew, but later in the darker phase of the Eclipse the exposure would be correct.

To see what other photographer’s who are participating in Leanne Cole’s Monochrome Madness 2  weekly challenge have posted this week click here.

This image of the Milky Way is one I made several weeks back while on a camping trip with friends in Stanislaus National Forest in Northeastern CA. USA.
While imaging the sky I saw several shooting stars, and hoped I’d capture some on film. I got lucky and got one in this frame. You see it streaking down in the upper left of the frame.
The Bootes Meteor Shower was happening on this night, but don’t think this is one of those. This is coming from the wrong direction.

It was a gorgeous night, and the sky was gorgeous filled with so many stars.