Last week-end while in Point Reyes National Seashore I went out to Pierce Point Ranch which is where the road ends heading north in the park.   I was planning to hike out to see the herd of Tule Elk, but it was so foggy reports from hikers returning from the trail said they’d not seen or heard the Elk.  So, instead of hiking I stayed at the ranch and took photographs of some of the buildings and doors.

“The Ranch was constructed by Solomon Pierce in the 1860’s. It was the most successful “butter rancho” in Point Reyes Township.

In the 1880’s the ranch was leased to a series of tenants, and in the mid 1930’s it was sold to the McClure family which operated it’s Grade B dairy until the about 1945, when dairy ranching ceased after 90 years.

The Pierce Point Ranch on Tomales Point ceased operations in 1973. Three years later, Congress authorized creation of the wilderness area incorporating that ranch as habitat for the reintroduction of Tule Elk. Beginning in 1980, NPS invested in the rehabilitation of the ranch core, citing it as the best example of a nineteenth century west Marin dairy ranch. Pierce Point Ranch was added to the National Register of Historic Places in 1985, and was subsequently opened to the public as an interpretive site.“~http://wikimapia.org/100600/Pierce-Point-Ranch 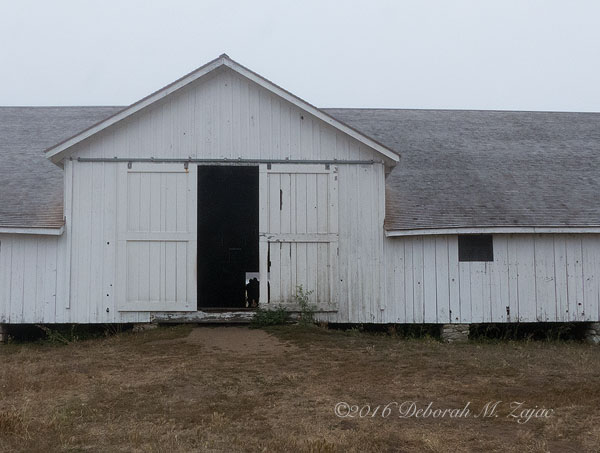 The Dairy/Long Barn- It was so foggy the sky was white so, I converted this image to Black and White. 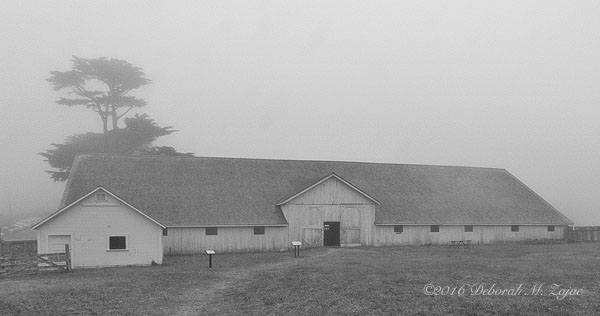 another image of the Dairy and shed with a couple more doors. 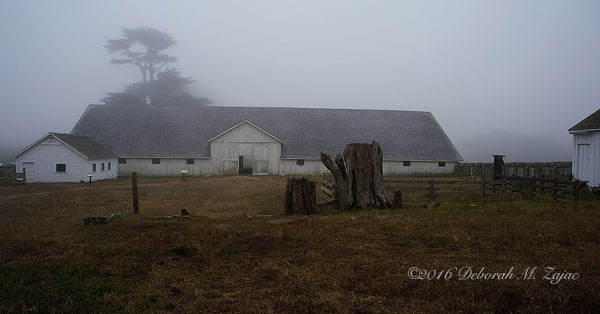 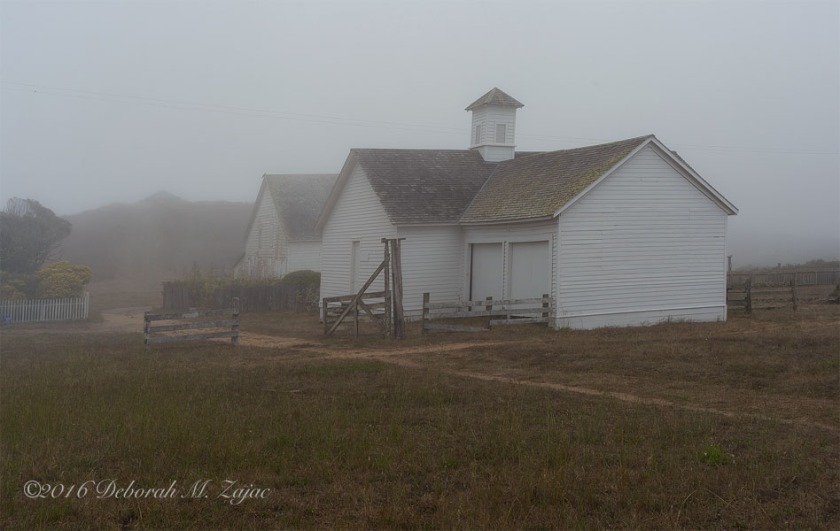 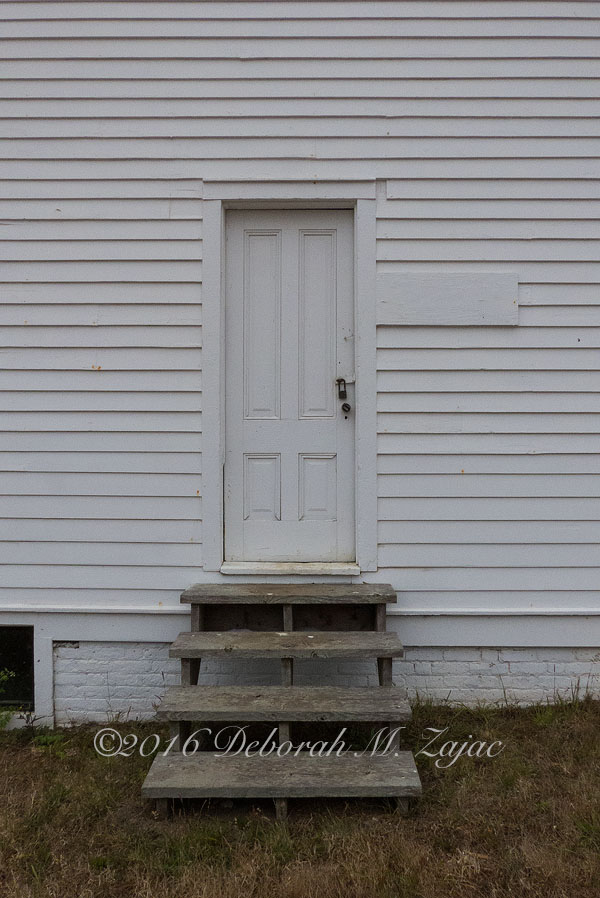 A closer look at that door knob, and pad lock, 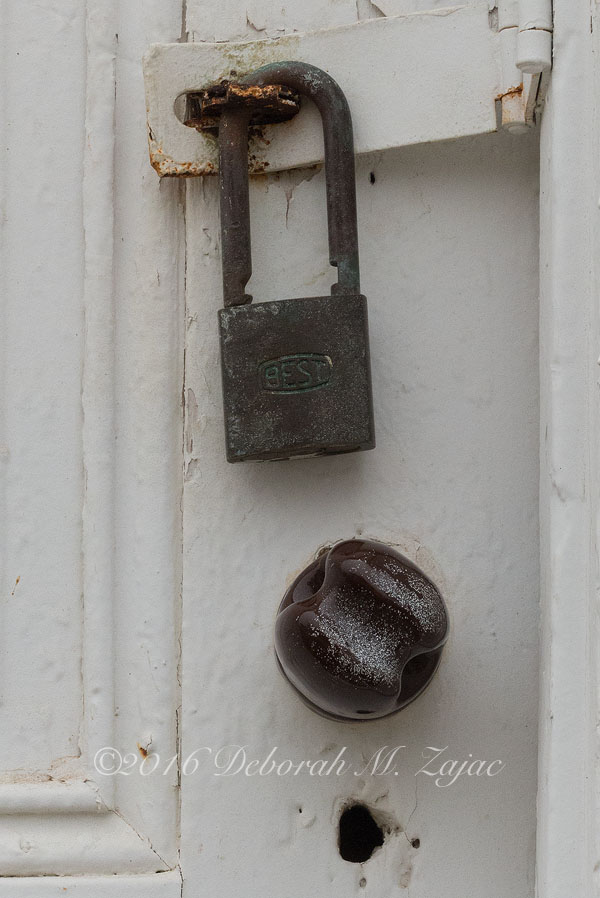 Here’s an image of a male Tule Elk that I took here back in 2012. Can you see the velvet hanging off his antlers around his face? He’s scratching it off and polishing his antlers.  I saw him on Bachelors Hill. 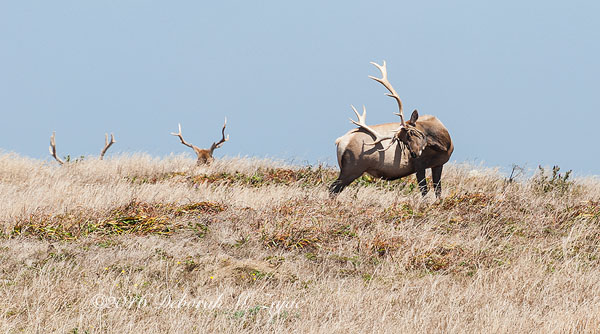 The Bachelor’s; There were quite a few of them that year.  They were also pretty far away. My lens was stretched beyond its limits that day too. 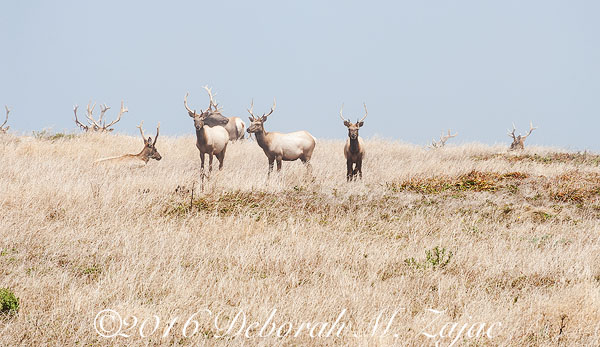 The only wildlife I saw while at the ranch Saturday was an Alligator Lizard sunning itself. 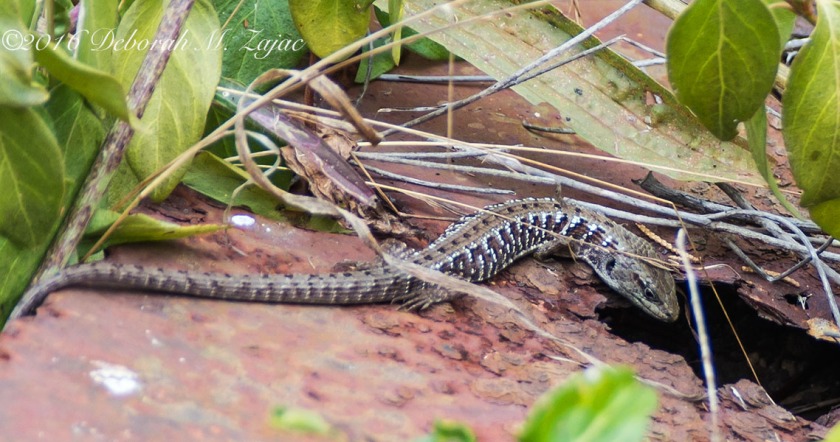 It was a great day despite the fog and no Elk.