My friends and I arrived in Lakeport, CA a day before our Grebe boating trip because, we had a 3 hour drive to get there, and a 5:30 a.m. boarding time Sunday morning.

We spent Saturday afternoon birding in Clear Lake State park, then went to dinner at a local Thai place, and finally we wrapped up the day in Library Park on the lake front for sunset. Image here.  If you’re a foodie and in the area, and like/love Thai food; hit me up for this place. It’s great!

Before setting up for sunset I spotted a door I really wanted to photograph. It turned out to be a Carnegie Library Door! 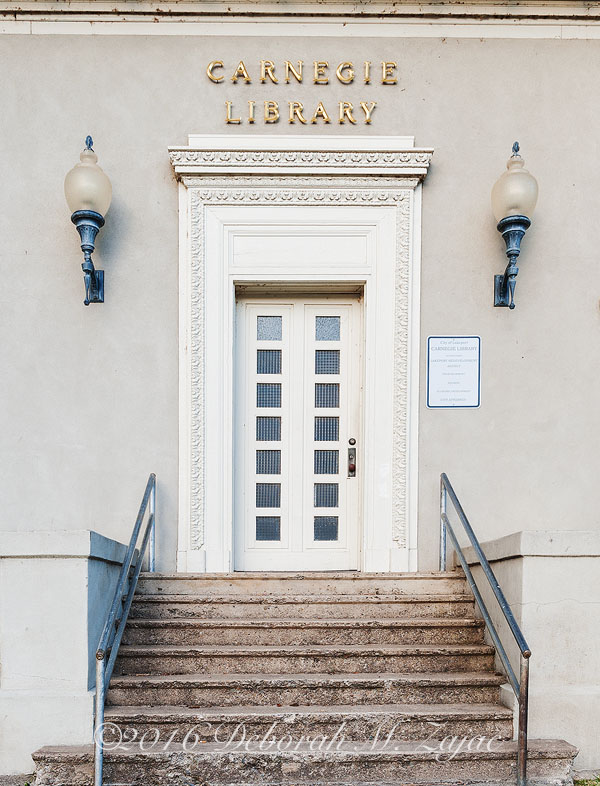 The Lakeport Library Committee submitted Carnegie’s ” Schedule of Questions” hoping they would qualify for a grant. The Carnegie Corp. approved an $8,000.00 grant in 1914. Construction started in 1917 and  was completed in 1918. 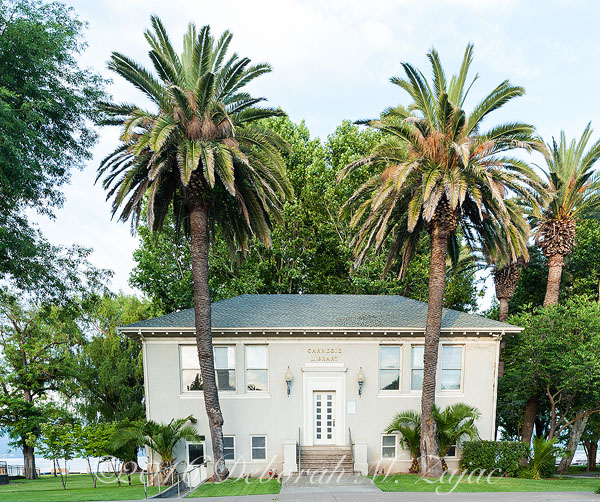 The lake was actually all the way up here prior to dredging for Yolo County’s Power Plant which built Clear Lake Dam also in 1914.  White & Co., investment bankers in New York financed YWP’s dredging in Clear Lake and filling in the area along Lakeport’s waterfront. Owners of the new land deeded their property to Lakeport for a city park.

The library and building might have been lost to a fire in 1953 had not librarian Gertrude Benson smelled the smoke and called the Fire Department! It was an electrical fire which started in the attic. The fire department was able to extinguish the fire before major damage occurred.

In 1986 the county library moved from the cramped Carnegie to a new library on High Street in Lakeport.

In 2008 the Carnegie Library was entered into the National Parks Service’s National Register of Historic Places.

Just after the lights came on at the Gazebo, and the colors in the sky faded T, and Dali were hailing me from my reverie to come see it. They know me so well. They knew I’d want a photograph of that. 🙂 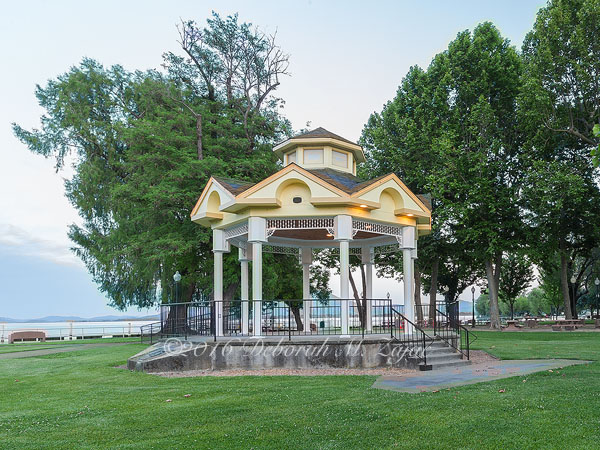 In 2014 the building was vacant. The city contracted with Garavaglia Architecture, Inc. to prepare a Feasibility Study to see what needed to be done to preserve and save the building, and put to it other use.

The plaque/sign beside the door reads: City of Lakeport

I can’t make out the small font below that- then

I could not find any current information about the building beyond 2014 in my surfing the Internet. I don’t know if it’s in use now or still vacant. It looks quite old and in need of some TLC en mon avis.

I love the lamps, which were in the design tastes of Carnegie’s secretary James Bertram. They symbolized enlightenment.

“Every Library was simple yet formal and entered through a prominent doorway, nearly always accessed by a staircase which symbolized a person’s elevation by learning.” ~Wiki-pedia.org

I really  love how people think of that stuff ahead of time and incorporate it in their plans during the design/planning stage.  Me. I never think of stuff like this ahead of time. It’s always a day, or month later!

Carnegie was a Scottish-American business man and philanthropist.  There were 2,509 Carnegie libraries built between 1883, and 1929. 1,689 were built in the United States of America. ~ Wiki-pedia

The History Buffs can find a pretty thorough history of the Carnegie Lakeport Library’s History here.