In W.R. Hearst’s heyday  of the 20’s and 30’s he would invite many of Hollywood elite to “come to the Ranch and ride with me.”  Some of the famous who stayed there are:

The Rules: “No drunkenness, no bad language or off-color jokes and, above all, no sexual intercourse between unmarried couples.”

Unmarried couples had to stay in a room with two beds. Each room had a bathroom.

On our tour of the upper floors we saw several of these lavish guest rooms. 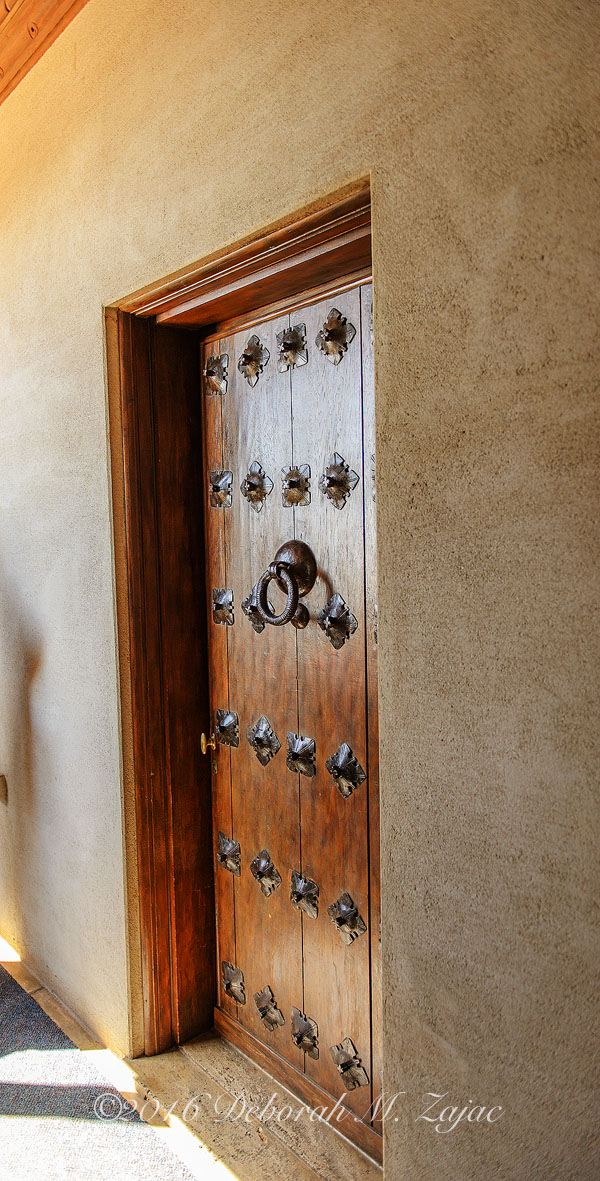 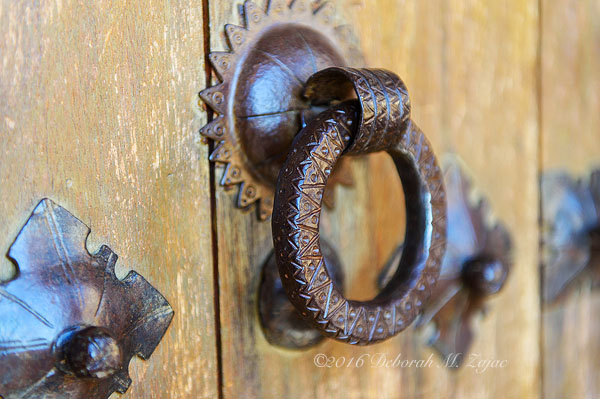 Guest Room II- A dinner suit laid out for a guest on the bed as it would have been in the 20’s and 30’s.  Hearst did serve beer, and wine our guide told us, but it wasn’t allowed in the guest rooms, and neither was food. 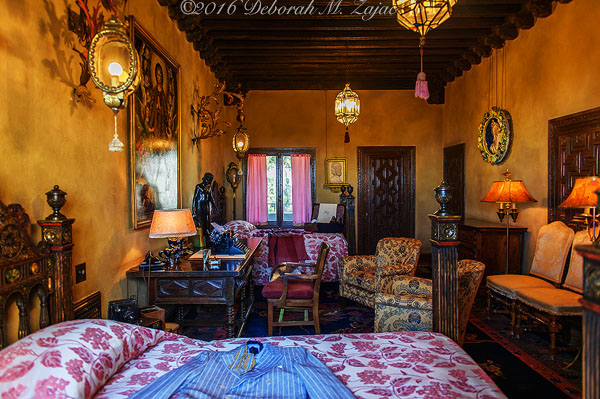 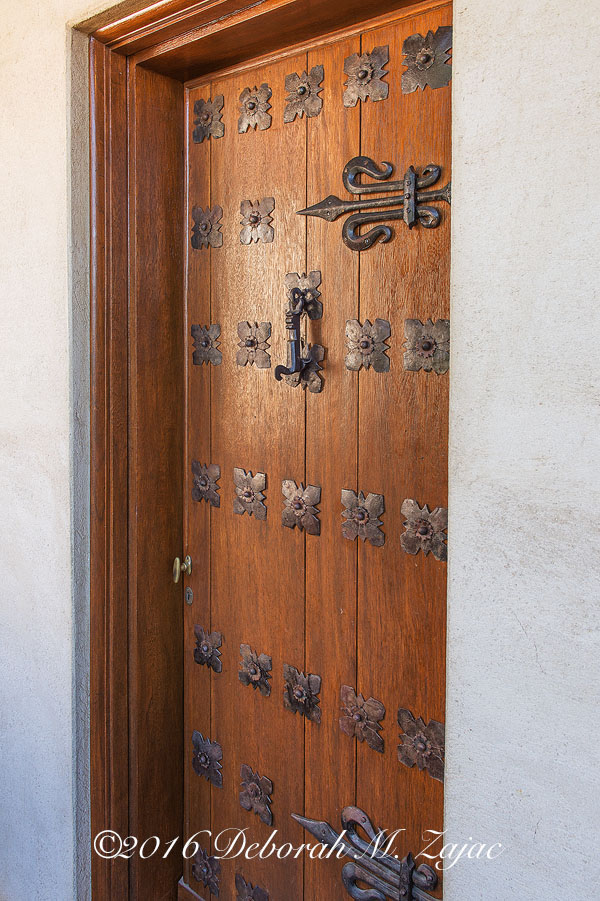 Guest Room III- these rooms were off a narrow hallway on the north side of the Castle. We climbed a very narrow circular staircase to reach them. The windows of the guest rooms faced East.  The artwork, and lamps, and furnishings were gorgeous. 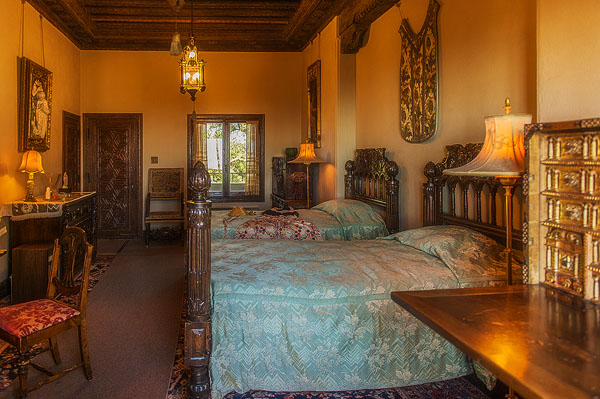 The separate sleeping beds for unmarried couples was a bit hypocritical of Hearst considering he lived in the Castle with his long time Mistress Hollywood actress, and ex-showgirl Marion Davies.

This door was in the North Bell Tower . 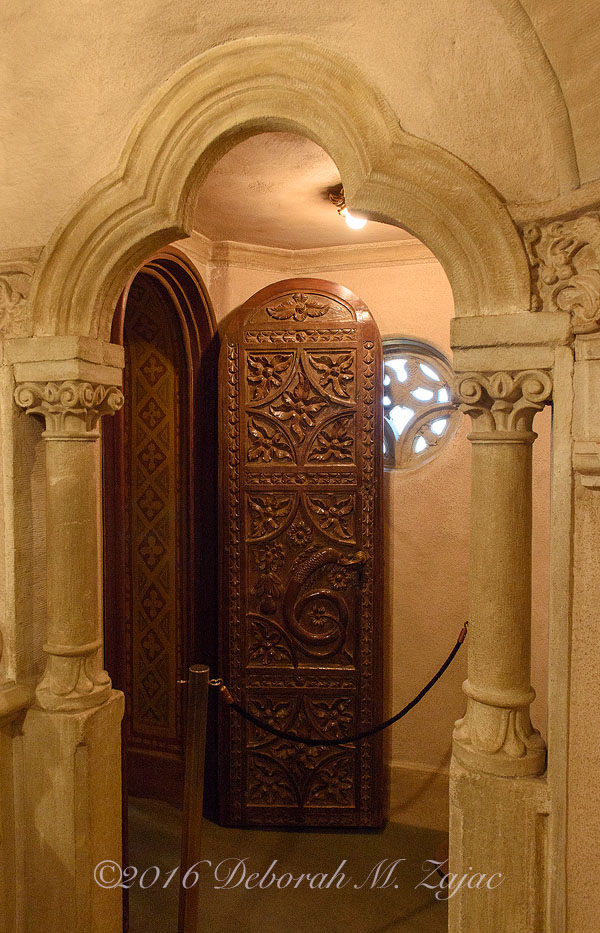