Last Sunday while I was out birding I knew I needed to get my Door image sorted out for Thursday Doors this week, and as I drove through Alviso to get to the Wildlife Refuge I thought,

” There’s some old and probably interesting doors in Alviso! I’ll take a spin through the old Cannery area to see what I find.”

Alviso is 13 ft below sea level and had severe flooding in the 80’s, and again in the 90’s.  There was 10ft of water in parts of Alviso. The Guadalupe River, and Coyote Creek both end in Alviso and empty into the Bay via Alviso Slough, and Mud Slough.  Many homes and businesses were ruined in those floods.

There are few businesses in Alviso today.  It’s largely residential, and marsh land.

Now onto the Doors! 🙂

Here’s the front door of the Tilden-Laine House.

Here’s how the whole house looks:

It’s style is called Italianate Victorian.   The home dates back to the early 1900’s. According to Wiki-Pedia it’s still owned by the Laines.

Right next door is what was once The Laine Store. The Tilden family ran the store from 1865-1912. In the 1920’s it became a Chinese Gambling hall.

I read that the flood watermark was over the top of the doors! On the Wiki page I linked to below are two images of the Laine store one from 1981, and the other from 2007.  It’s pretty interesting to see how much the building has aged in that time. The Laine Store is a Registered Historical Landmark.

After the San Francisco earthquake and fire in 1909 the Precita Canning Company moved to Alviso and reorganized and changed their name to the Bay Side Canning Company. It hasn’t been used since 1936. The city is letting the buildings decay. 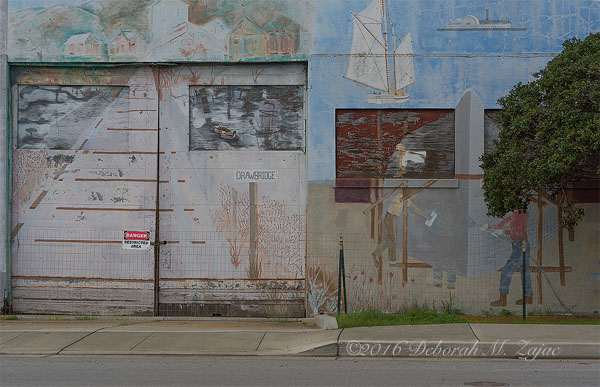 The last time I was there back in 2010 or 11, I was shooting portraits I had the model right up near the wall. Now there’s fencing all around the property.  The murals tell the story of Alviso’s history.

This building below with the two doors I just liked. I can’t find any information about it, but the street is residential though this building doesn’t look like it was a house. It looks like it’s being used for storage today. 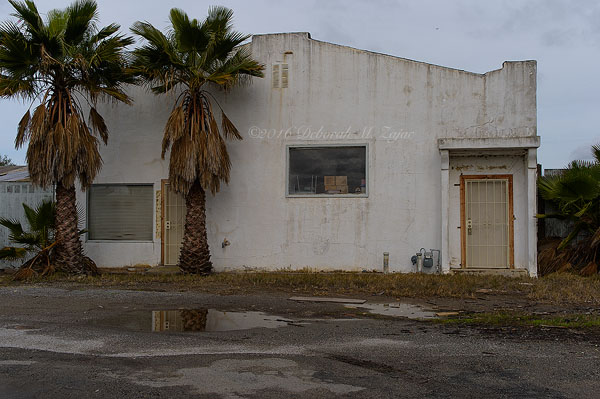 There are more doors and buildings I would like to photograph here! For more information and history see the link below.

This post is part of Norm 2.0’s Thursday Doors. Click here to see all the doors shared this week.