My original Photography plans for last week-end fell apart mid-week when one of the friends I was going with fell ill.  Rather than go anyway which didn’t sit well with me or my friend Theresa we two switched gears and decided to go birding in the Central Valley to see what birds if any had arrived early.

I had read a few reports of early migrants in the area; we hoped to find one or two, and spend some time catching up with each other.

I left for T’s house early (6:30am) so we’d get to the Refuge in the morning when the birds are more active.

We found the first pond completely sans water. Fish and Wildlife have just started filling the ponds we discovered. Many of the ponds we’re used to seeing full of water were bone dry, but it is early in the season!

Just as we were starting the auto-route we spied a Doe and her Fawn in the tall grass. I didn’t get an image of them together. Mom decided her male Fawn was too close to the road and moved to higher grass.  Honestly, I think she looks young! 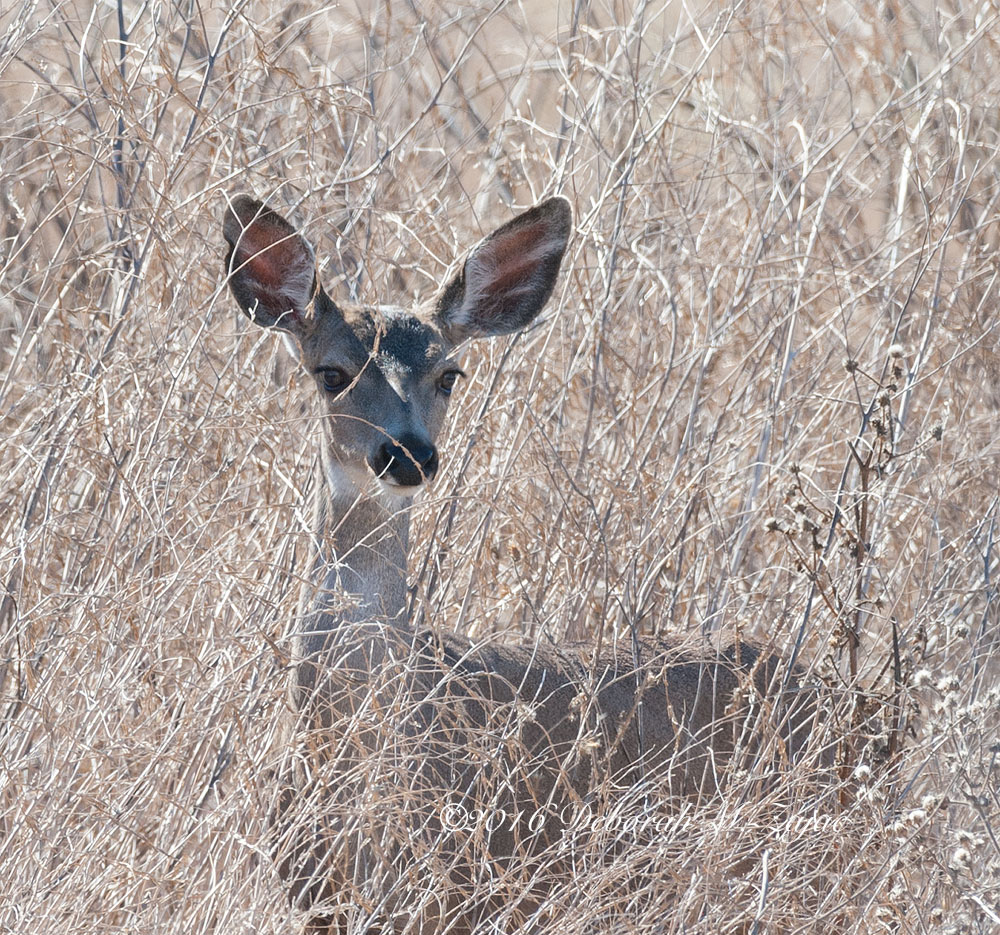 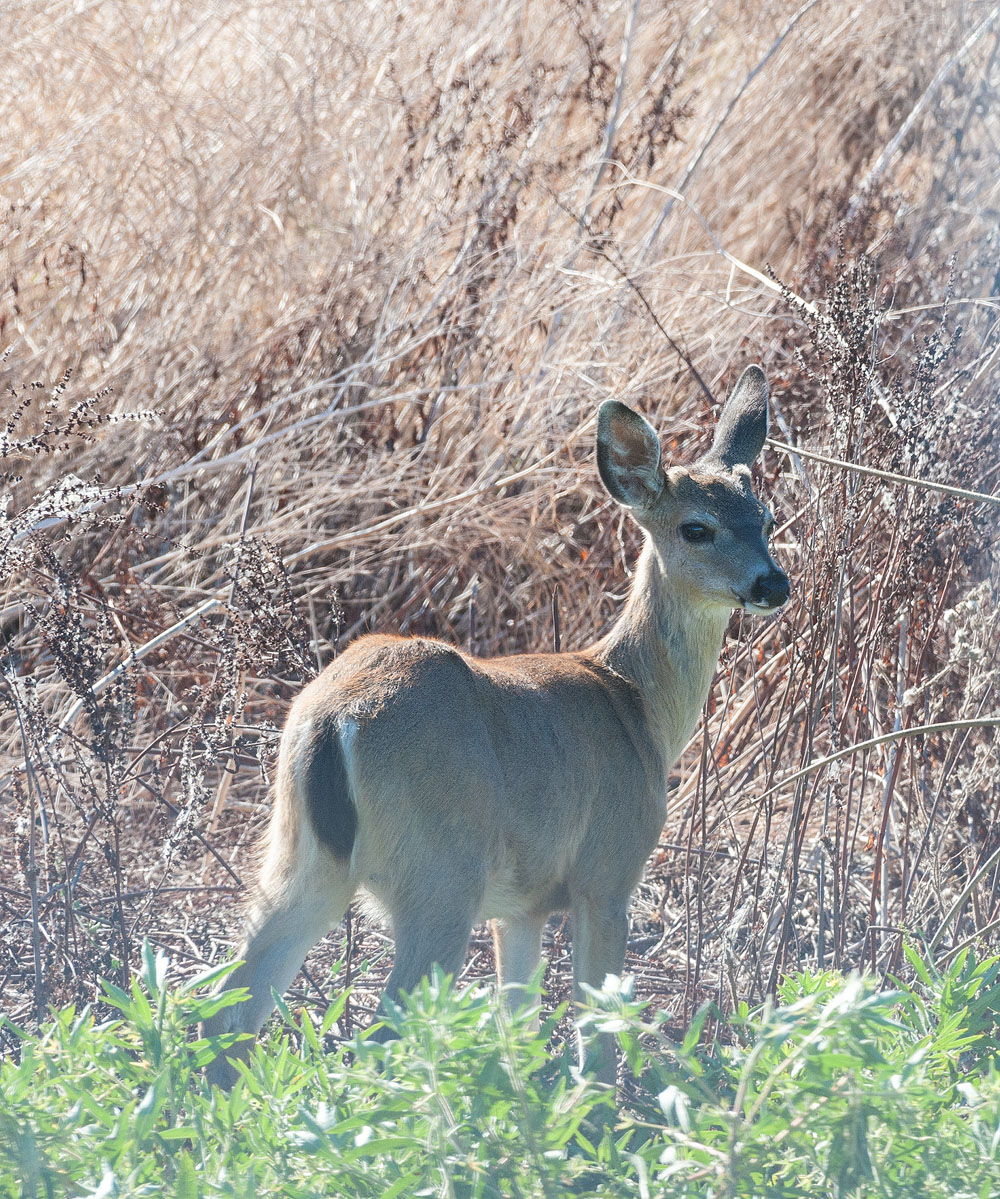 Early arrivals: There were quite a few White-fronted Geese on the little islands in the ponds that had water. 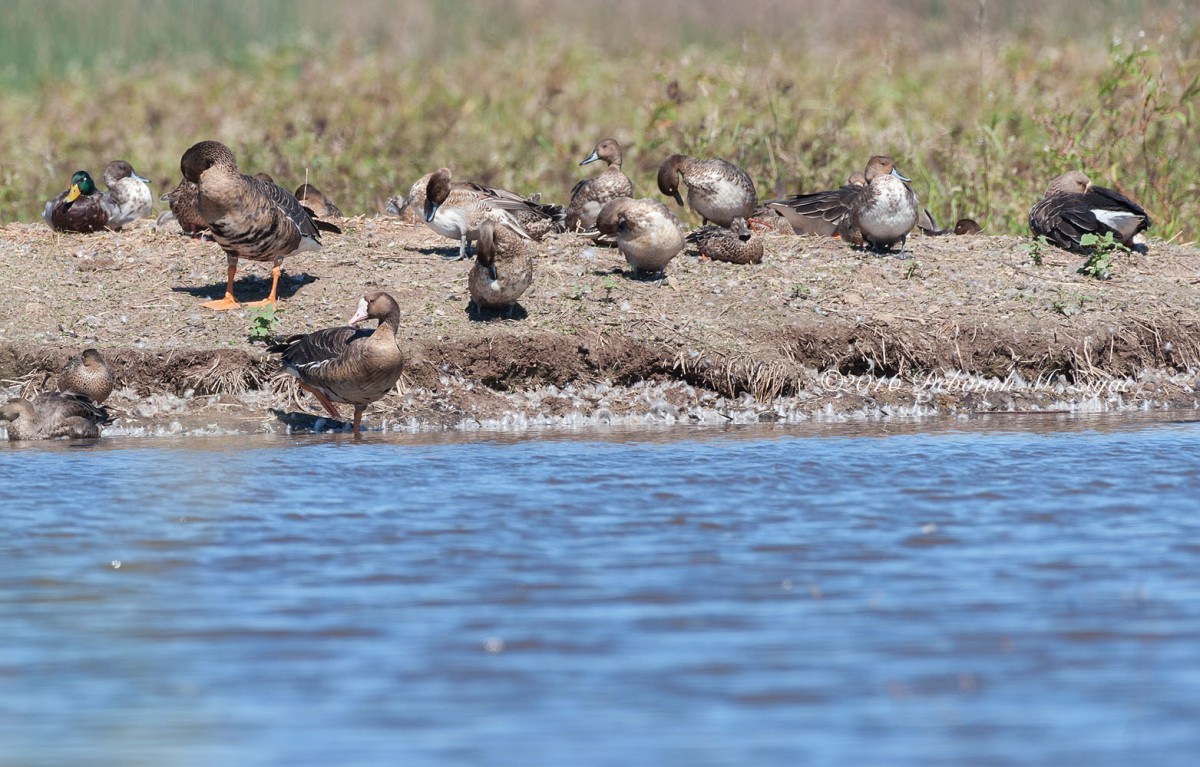 Northern Pintails, and Shovelers are showing up, but I didn’t make any images of the Shovelers they were too far out. You see a Northern Pintail in image above giving me a one wing salute. 🙂

Among the usual suspects here were thousands of Dragonflies, 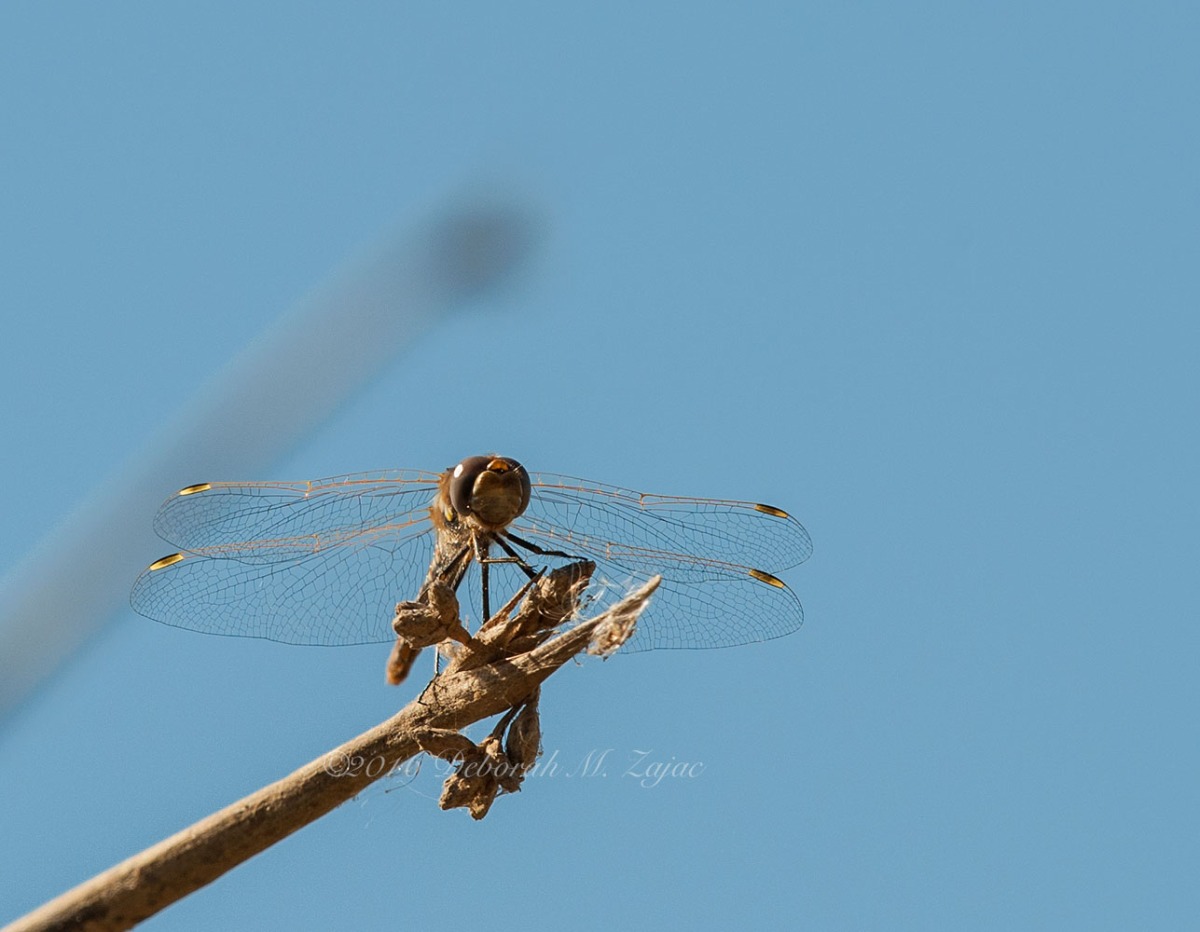 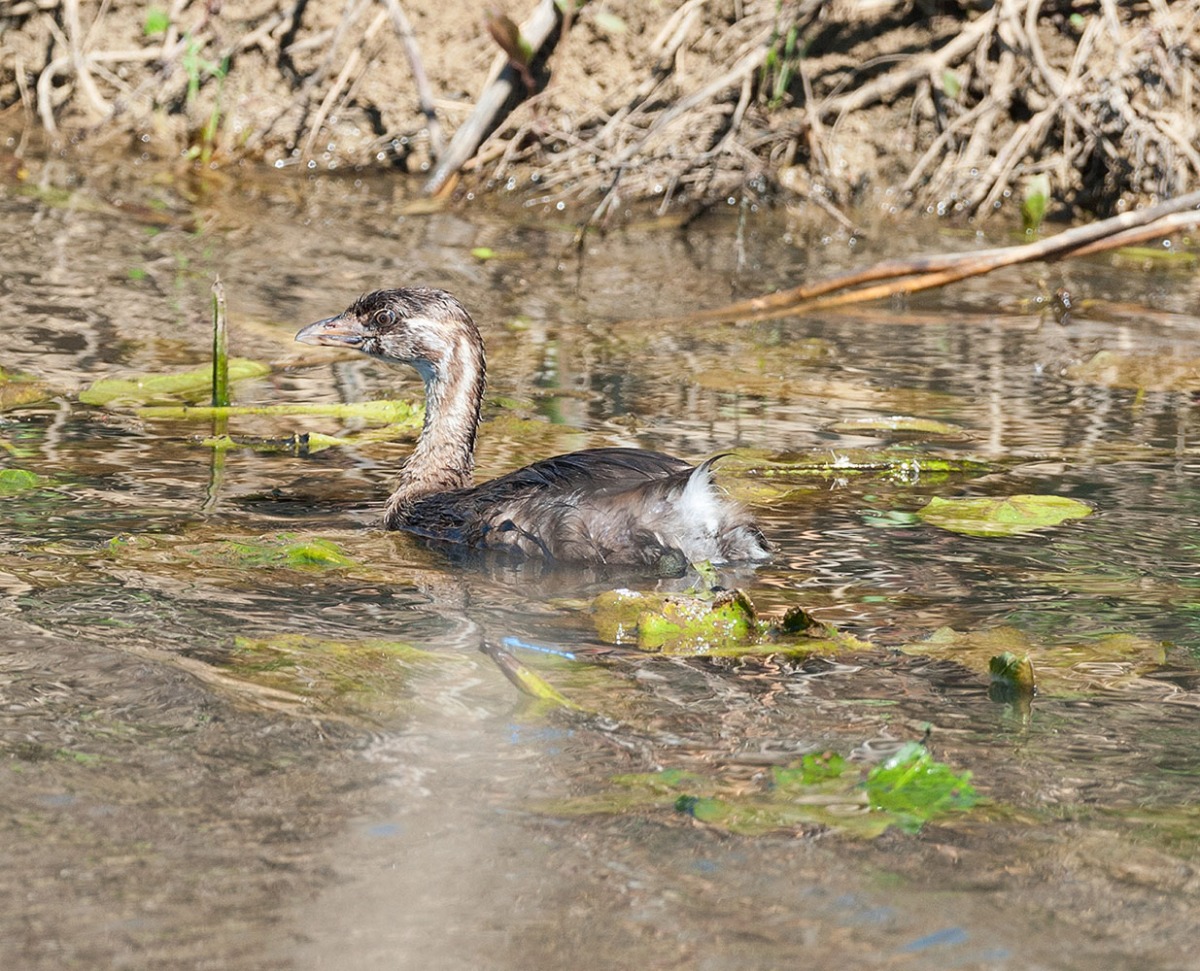 Night Herons; most were deep in the foliage, but one was on Sentry duty, 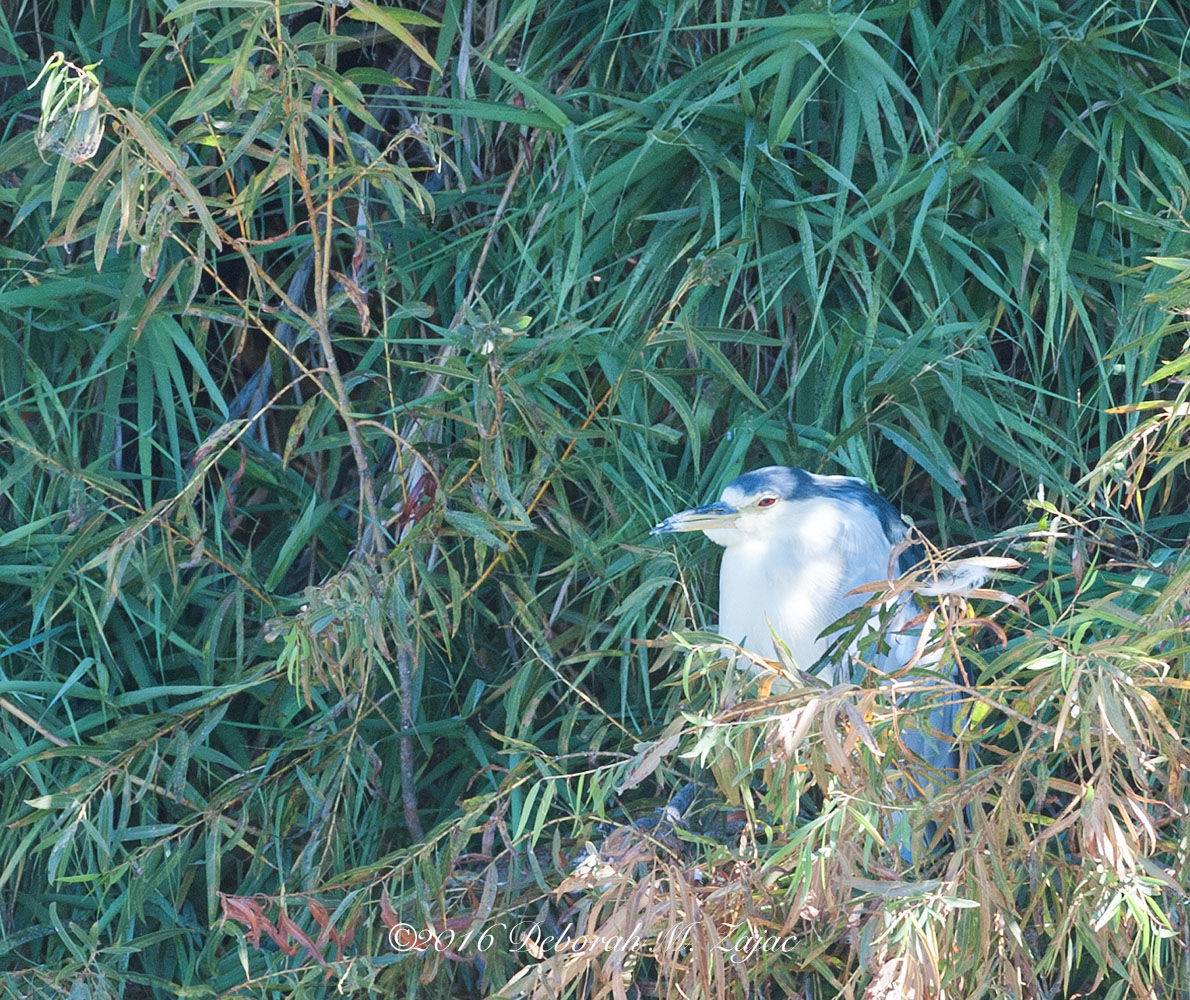 We saw a female Harrier flying low in the distance hunting, a few Red-tail Hawks, and as we approached the tree the Bald Eagles hang out in there we saw there was a Peregrine Falcon perched on a snag surveying the land.

Once the Eagles return I doubt we’ll be seeing this Falcon in this tree. 🙂

Plan B turned out to be a great day, and it was lovely  hanging out with Theresa. You can find her images on flickr here.

Get a Grip!, originally uploaded by dmzajac2004-.

Here’s another shot of the Peregrine landing after an unsuccessful sortie. 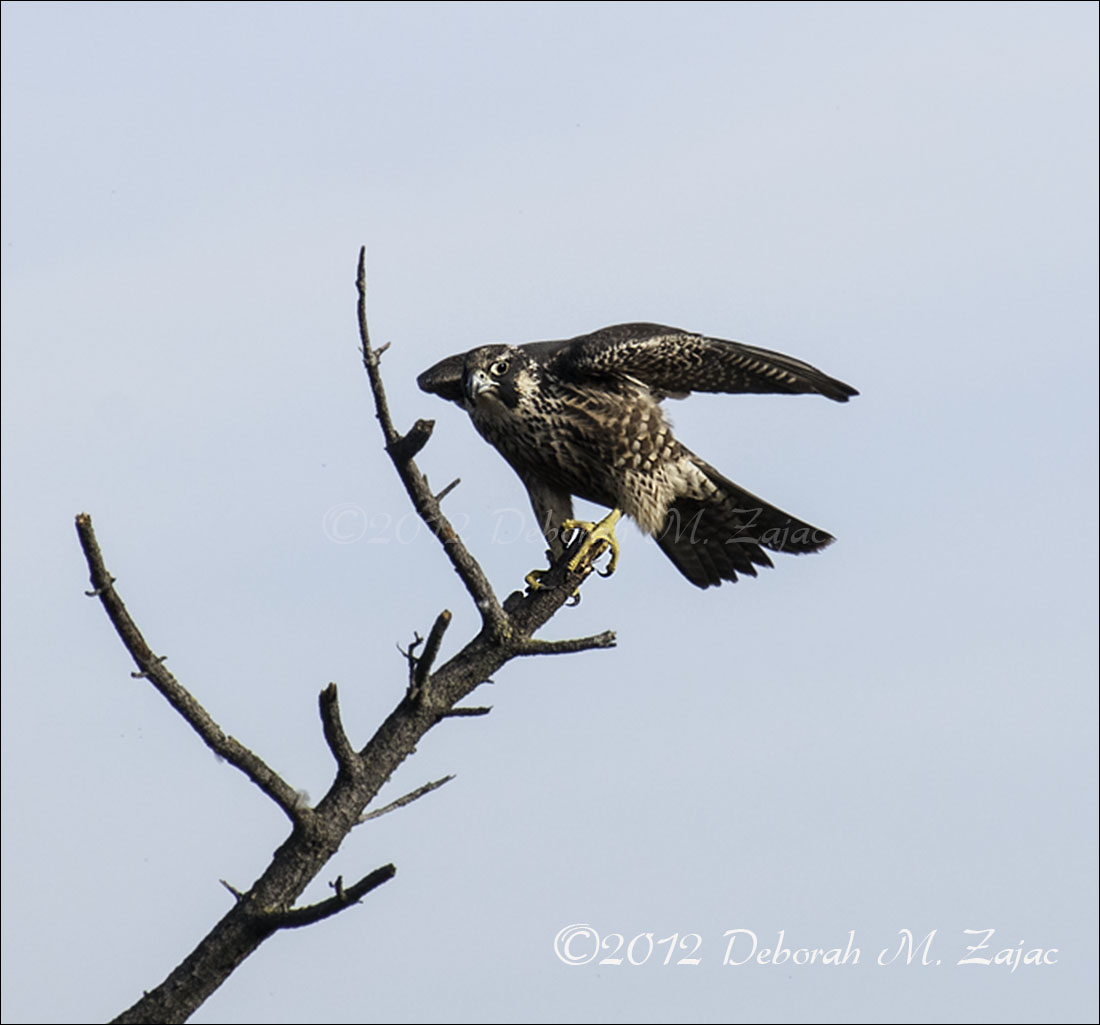 I’m not sure if this is a juvenile or not. Anyone know? It was thrilling to see him. I knew he was in the area and went out last week with my photography friend Dali, but it didn’t come around that afternoon, but we did see the White Tailed Kite then. This morning Dali emailed me early and asked if I wanted to go out to look for the Peregrine again and I said, “Yes!”. We spotted it perched straight-away. We had the pleasure of observing and photographing it for a couple of hours. This is only the second time I’ve seen and photographed a Peregrine Falcon.