I stayed close to home this past week-end after having been gone for two week-ends in row. It was nice hanging out with He-Man at home.  Saturday we got in a morning hike, but left later than we should have. By 9am it was already 82°.  We selected a trail that would lead us up to the Redwoods, and Oaks and shade.

We spent the rest of the afternoon indoors with air conditioning.

Saturday evening a good friend and I headed over the hill to Santa Cruz to our traditional Full Moon over the Walton Lighthouse shot.  If you’ve been following me awhile you’ll have seen this lighthouse on my blog before featuring the Moon. I shot the July Moon over this lighthouse last year. Click here.

The weather over the hill was the complete opposite of home. It was still in the 80’s when we left San Jose, but it was in mid 60’s with a breeze on the coast.  I couldn’t get into my hoodie, and wind-breaker fast enough.  I even broke out my gloves!

I set up my rig where I had plotted the Moon to line up over the Lighthouse, but was prepared to move quickly if I needed to adjust my position.  Here’s where we first spotted the Moon rising.  It was faint due to the low marine layer in the air.

We relocated down to the shore and soon the Moon lined up over the Lighthouse. 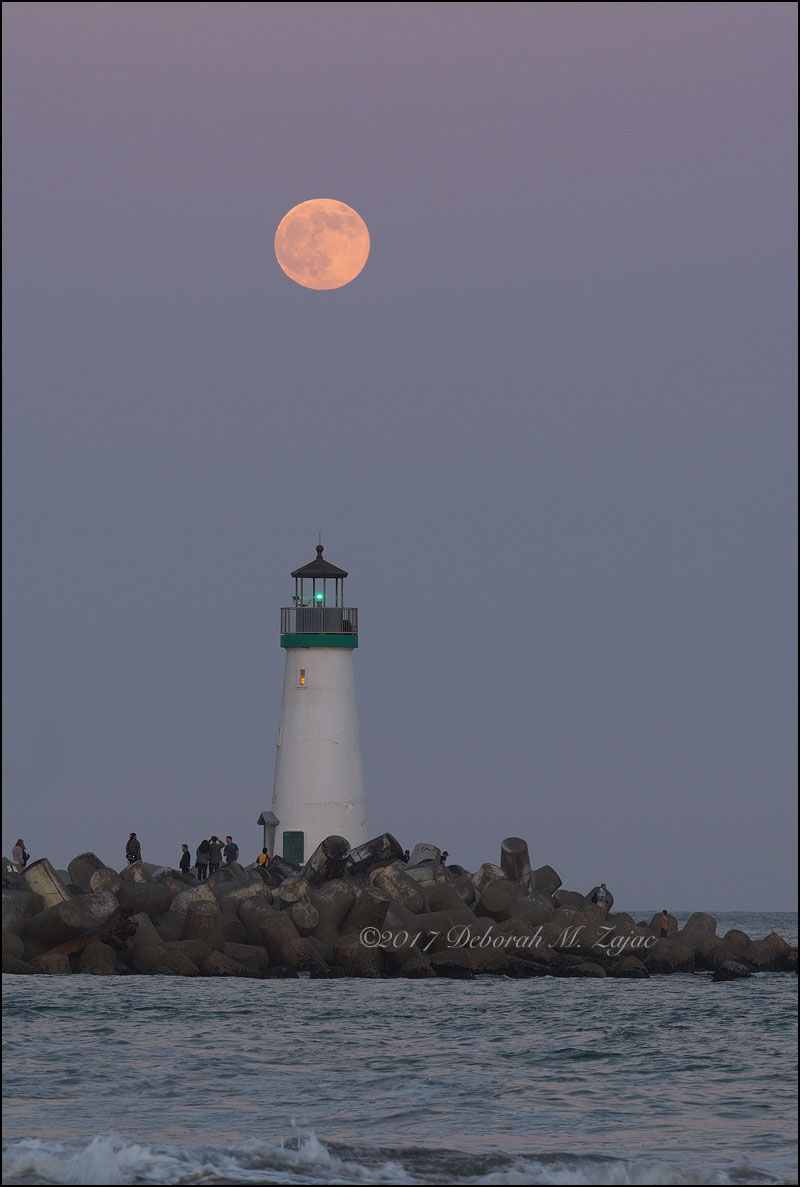 This is a two frame blended composited image.  The base image had a clear view of the water, and good Moon/lighthouse alignment, but the light wasn’t shining in the Lighthouse so, I blended in the shot right after this one which had the light on. Why not just use that shot you might be asking? Three people walked into the frame obscuring the water.  So, I took the best of both frames blending them together to make the image I wanted to make.

Friday night I went out to the backyard to photograph the Waxing 98.8% Moon.  This is slightly cropped.

“Named due to the prevalence of summer thunder storms. It’s sometimes referred to as the Full Buck Moon because at this time of the year, a buck’s antlers are fully grown.”~ https://uk.news.yahoo.com/complete-list-every-full-moon-141136773.html

Since I rarely hear the Thunder but, do see Bucks I think of it more as the Full Buck Moon.

Sunday was a pretty lazy day. I won’t lie. I. Was. A. Slug. 🙂 It was too hot to do much outside although it was cooler by a few degrees.

I hope you had a lovely week-end, and you have a wonderful week!